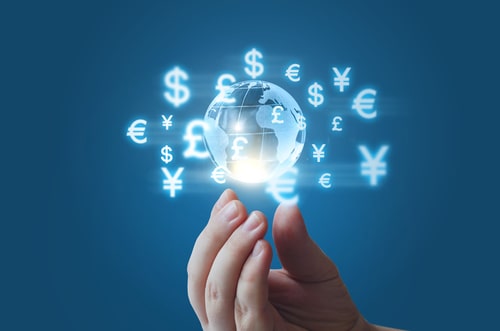 (Kitco News) Russia's invasion of Ukraine will hurt the global economy by slowing growth and putting upward pressure on already red-hot inflation, according to the International Monetary Fund (IMF).

"The conflict is a major blow to the global economy that will hurt growth and raise prices," the IMF said on its website on Tuesday.

The long-term consequences of the war in Ukraine could see the current global economic order completely restructured, the IMF noted.

Assault on Ukraine and sanctions against Russia already sent energy and food prices soaring, which feeds directly into the consumer price index. Also, supply chain disruptions have exacerbated at a time when many central banks, including the Federal Reserve, expected to see some relief after the COVID-19 pandemic.

"One, higher prices for commodities like food and energy will push up inflation further, in turn eroding the value of incomes and weighing on demand. Two, neighboring economies in particular will grapple with disrupted trade, supply chains, and remittances as well as an historic surge in refugee flows. And three, reduced business confidence and higher investor uncertainty will weigh on asset prices, tightening financial conditions and potentially spurring capital outflows from emerging markets," the IMF described.

Other consequences from the surge in fuel and food prices will be a greater risk of unrest in regions of Sub-Saharan Africa, Latin America, Caucasus, and Central Asia. Also, food insecurity will become a bigger problem in parts of Africa and the Middle East.

The IMF also projected "deep recessions" in Russia and Ukraine. For Europe, the risks are slower economic growth, inflation, and disruption of natural gas imports. In the Western Hemisphere, the biggest impact will be from high food and energy prices spillovers.

Even before Russia invaded Ukraine, the IMF cut its global growth outlook for 2022 to 4.4%, with the most significant downward revisions reported in the world's two largest economies — the U.S. and China. The global lender cited supply chain disruptions and higher inflation as the main reasons behind its downgrade.

The next update to the organization's forecasts will be published on April 19.