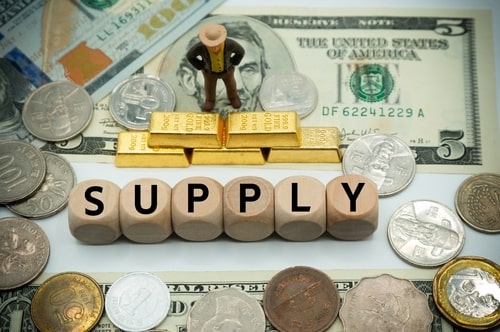 (Kitco News) A new monetary order is looking more and more likely as a commodities crisis feeds into inflation, according to Credit Suisse, which sees the U.S. dollar as losing the battle.

"This crisis is not like anything we have seen since President Nixon took the U.S. dollar off gold in 1971 – the end of the era of commodity-based money," said former Federal Reserve and U.S. Treasury Department official and now Credit Suisse investment strategist Zoltan Pozsar. "When this crisis (and war) is over, the U.S. dollar should be much weaker and, on the flip side, the renminbi much stronger, backed by a basket of commodities."

After the war in Ukraine, money will not be the same, said Pozsar describing the history of the Bretton Woods monetary order. The investment strategist is betting on commodities, including gold.

Also, bitcoin stands a chance to come out on top, but first, it needs to survive, he pointed out.

The current monetary regime began to "crumble" when the G7 countries seized Russia's foreign exchange reserves following its invasion of Ukraine on February 24.

"We are seeing a regime shift unfold in funding markets currently (which, as always, will pass), and a sea change in inflation dynamics and FX reserve management practices," he wrote in a report published earlier this month.

"Non-Russian commodities are more expensive due to the sanctions-driven supply shock that basically took Russian commodities' offline'. If you are a (leveraged) commodities trader, you need to borrow more from banks to buy commodities to move and sell them," he said. "Anyone in the commodities world is experiencing a perfect storm as correlations suddenly shot to 1, which is never a good thing. But that's precisely what happens when the West sanctions the single -largest commodity producer of the world, which sells virtually everything.

Because of this chaos when trading commodities, Pozsar wonders whether there is enough collateral for margin or credit for margin, or what happens to commodities futures exchanges if some participants fail?

"If you believe that the West can craft sanctions that maximize pain for Russia while minimizing financial stability risks and price stability risks in the West, you could also believe in unicorns," he said.