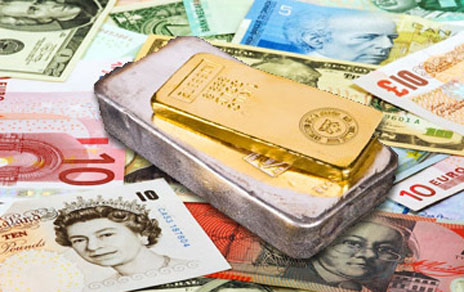 (Kitco News) - Western economic sanctions continue to cripple Russia's economy and the nation is unable to use its massive gold reserves to shore up its crumbling currency.

According to some reports, there were signs that Russia was using its gold reserves to circumvent international sanctions.

"The Russian gold ban certainly comes as a response to Russia asking the 'unfriendly' countries to buy their oil and gas in rubles," said Ipek Ozkardeskaya, senior analyst at Swissquote Bank. "The news shouldn't have a negative impact on gold's value; if anything, we shall see the yellow metal extend gains toward the $2000 an ounce on escalating tensions and looming uncertainties."

According to some analysts, the updated directive will make it more difficult for Russia to utilize its gold reserves to support its economy; however, it doesn't make it impossible. Russia currently holds 2298.5 tonnes of gold in its reserves, the fifth largest in the world and valued at around $140 billion.

Colin Cieszynski, chief market strategist at SIA Wealth Management, said that Russia still has some allies in the East that could buy its gold; however, he added that all the economic sanctions being piled on to Russia raises questions about the future of the western financial system, and the U.S. dollar's status as a reserve currency.

"The U.S. keeps restricting Russia's access to global financial markets, so broader questions are being asked about alternative currencies and cryptocurrencies," he said. "Gold competes with the U.S. dollar as a global currency."

Cieszynski said that the sanctions on Russia could prompt other nations to reduce their exposure to the U.S. dollar and gold is the most attractive alternative.

Cieszynski said he is bullish on gold as Russia's war with Ukraine creates an uncertain environment for the global economy, driving safe-haven demand for the precious metal.

"Even if Russia sells its gold to China or another country, I think gold remains well supported," he said. "All this uncertainty will keep an underlying tailwind under gold."