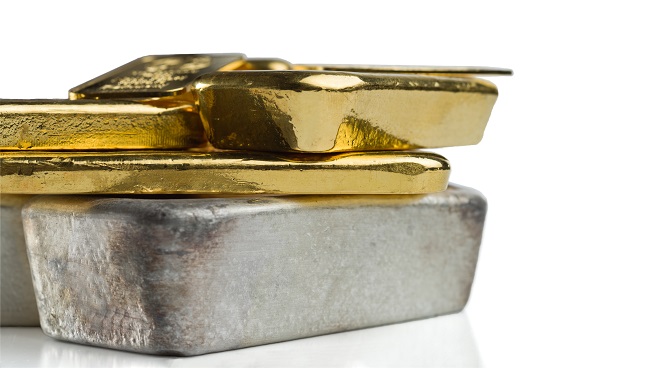 (Kitco News) - The gold market could see a $100 drop as its geopolitical safe-haven premium weakens after Russia said it would scale back its war in Ukraine; however, don’t expect to see a collapse in gold or silver as the precious metals have some significant underlying support, according to one precious metals analyst.

In a telephone interview with Kitco News, Bernard Dahdah, precious metals analyst at Natixis, said that the gold market will remain volatile in the near term as the market continues to react to headlines surrounding Russia’s war with Ukraine.

“The market should ignore the words from Russia until the bombs stop,” he said.

However, he added that investors need to keep an eye on gold’s war premium.

“For gold to go higher, the war needs to escalate, and I don’t see that happening unless Russia decides to weaponize its commodities and cuts off its oil and gas to Europe,” he said. “In the near-term, I see gold prices going lower, but it won’t collapse in a heap.”

Looking past the conflict in Eastern Europe, Dahdah said he sees gold trading in a new range with support holding around $1,800 an ounce. He explained that rising inflation pressures had created a new base for gold.

At the same time, Dahdah said that he sees silver holding a new base at $22 an ounce; however, he added that silver could struggle a little bit more than gold as industrial demand struggles in the face of weakening global economic growth.

Currently, markets are pricing in potentially seven interest rate hikes this year and see two 50-basis point moves in the first of the year.

Although interest rates are going up, Dahdah noted rising inflation would keep interest rates in negative territory. He added that Russia’s war with Ukraine is creating long-term issues in commodity markets that will keep inflation pressures elevated through 2022.

“Interest rates will be slightly less negative this year, but they will still be negative and that is good for gold,” he said. “Even if Russia ended the war today, sanctions will remain in place for a while and that will keep commodity prices elevated, driving inflation. We also expect prices to remain elevated as Western nations wean themselves off Russia Commodities.”

Dahdah also questions how aggressive the U.S. central bank can be as inflation destroys consumer capital and slows growth.

Europe is in worse shape as energy prices spiral higher. Dahdah said that if Russia cuts off energy commodities to Europe, the region could fall into a severe recession.