BMO upgrades gold and silver prices along with 19 other commodities 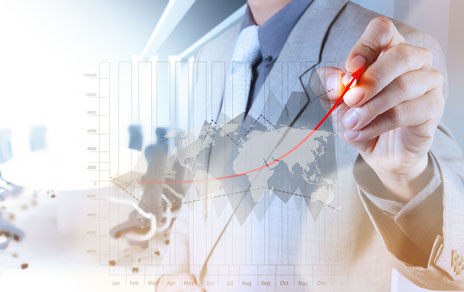 (Kitco News) - Unprecedented disruptions in global supply chains, exacerbated by Russia's war in Ukraine, have created a historic environment for commodity markets. While prices are expected to go higher across the board, analysts at BMO Capital Markets argue that it might not be good.

In its second-quarter commodity outlook report, the Canadian bank said it has upwardly revised 21 out of 26 commodities it covers. In the precious metals space, the analysts said they revised their 2022 gold price by 8% and silver by 12%.

"The storm of supply disruptions, logistic issues, sanctions, financial short squeezes and purchasing manager panic has seen some of the most dramatic metals and bulk commodity price moves seen in history over Q1 2022," the analysts said in the report.

Although BMO expects commodity prices to push higher in the near term, it could have negative long-term implications. They noted that commodity prices are now weighing on economic growth. The analysts said they have lowered their global production forecast to 1.1%, down from their previous estimate of 2.2% at the start of the year.

"Much of the past two years have seen a positive fundamental trend helping prices move higher on the back of supply underinvestment and recovering demand. While this break from the trend has been a positive one for prices, not even producers truly believe this is a good thing, with prices rising for the wrong reasons. Steady, managed price rises are good for the industry value chain. However, history has shown that sharp gains can be swiftly followed by sharp falls," analysts said. "Tail risks to demand are clearly rising, whether geopolitical, financial or simply down to the disruptive impact of inflation on global consumer behavior and confidence in governments, all of which will bear close scrutiny over the coming months."

While BMO analysts are bullish on gold and silver through the rest of the year, they also warned investors that the precious metals will be at the mercy of central bank policies. BMO economists expect the Federal Reserve to raise interest rates by 50-basis points at the next two meetings. Those rate hikes will be followed by 25 basis point moves at each meeting through the rest of the year.

The aggressive monetary policy tightening would push midpoint interest rates to 2.375% by December. The analysts said that central banks are clearly focusing on fighting inflation. However, BMO analysts also said that economic risks are rising, "with a European recession in the second half of the year all but a given in our view, while U.S. bond markets flash recessionary signals."

Looking at silver, the Canadian bank sees prices averaging around 24.50 an ounce this year, up from the previous estimate of $21.80 an ounce. The analyst's 2020 forecast was revised to 22.50 an ounce, up 2% from their prior forecast of $22.

The bullish revisions come as gold prices remain in a strong uptrend and look to test resistance at $1,950 an ounce. June gold futures last traded at $1,946.50 an ounce, up 38% on the day.