This Russian bank sold 1 ton of gold in March 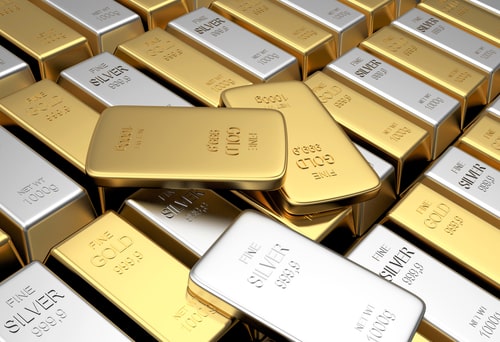 (Kitco News) One Russian bank said it sold 1 metric tonne of gold to Russian consumers in March as demand surged amid sanctions. One of the most popular products was a one-kilogram gold bar.

The state-controlled VTB bank, which is the country's second-largest lender, said higher demand comes as the geopolitical situation remains uncertain. Sanctions imposed on Russia for its invasion of Ukraine are hurting the economy and the purchasing power of the Russian ruble.

VTB added that after selling one metric ton of gold to consumers in March, heightened interest in the precious metal is expected to continue.

Since starting to sell gold four weeks ago, the bank has received more than 200 orders, noting that the most in-demand product is its one-kilogram gold bar. According to today's prices, that would cost more than USD $68,000. The bank also pointed out that the average order weight was around five kilograms. April Comex gold futures were last trading at around $1,942.00.

"Gold has always been a defensive tool, showing its best qualities with the horizon of three to five years. In a situation with a high degree of uncertainty, this asset allows you to diversify your portfolio, fix your savings and preserve capital for future generations," Breytenbikher said.

VTB is not the only bank seeing a surge in gold sales. Two weeks ago, Sberbank, Russia's largest financial institution, said that demand for gold and palladium has quadrupled in the last few weeks.

Russians began their gold-buying spree to protect their savings after the invasion of Ukraine. This trend also coincided with Russian President Vladimir Putin scrapping the 20% value-added tax on metals purchases on March 9. The new law encourages precious metals purchases over foreign currencies in light of the collapsing ruble.

In response to high demand, the country's central bank was even forced to temporarily halt its official gold purchases from local banks to leave enough inventory for regular consumers. However, on Monday, Russia's central bank resumed its gold purchases from local banks, setting a fixed price of 5,000 rubles ($52) per gram between March 28 and June 30. This is below the current market value of around $68.