187.3 tonnes of gold flows into global ETF market in March 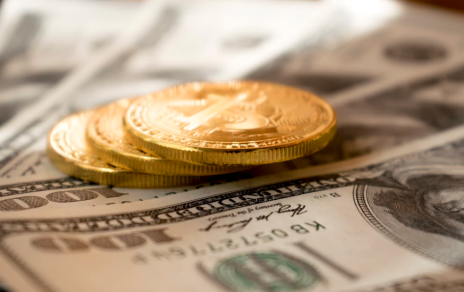 (Kitco News) - Geopolitical uncertainty created by Russia's invasion of Ukraine and the growing inflation threat generated solid support for gold-backed exchange-traded funds, according to the latest report from the World Gold Council. And this is despite the Federal Reserve embarking on a new aggressive monetary policy cycle.

"March inflows were the strongest since February 2016, despite a significant rebound in equities and a strong US dollar performance," the analysts at the WGC said in the report. "There were positive flows across all regions during the month, but most came from North American and European gold ETFs."

March represented nearly 70% of the 269 tonnes of gold that flowed into ETFs during the first quarter. Gold prices rose 8% in the first three months of 2022, its best quarterly performance since the second quarter of 2020.

"It was among the best-performing assets amid significant weakness in both equity and bond markets," the analysts said. "In a period marked by economic uncertainty and increased volatility, gold proved a reliable source of diversification and wealth preservation."

The WGC noted that demand for paper gold in the first quarter was able to reverse the outflows seen in 2021. Total Global holdings are down less than 2% from the all-time highs of 3,909 tonnes reached in October 2020.

"Recent geopolitical events have highlighted how investors view gold as an effective and proven hedge. As evidenced by the highest level of monthly inflows since 2016, gold-backed ETFs have served as a safe haven for investors amid the current, volatile market conditions," said Adam Perlaky, Senior Analyst at World Gold Council, in a statement. "While geopolitical events are not the main or even secondary reason for owning gold, historical analysis suggests gold has kept gains made in the months following an initial tail risk event, such as the war in Ukraine."