World is 'on the cusp of new inflationary era' and adjustment to higher rates won't be easy, warns BIS 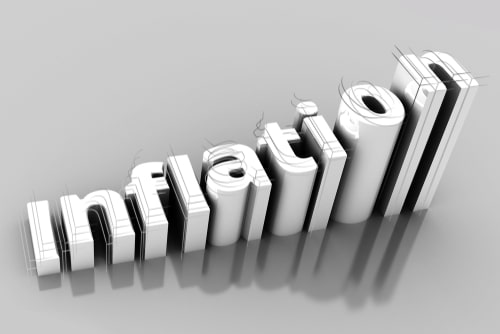 (Kitco News) In its new outlook, the Bank for International Settlements (BIS) said inflation wouldn't be returning to normal anytime soon, and the world will have trouble adjusting to the new global rate hike cycle.

"After more than a decade of struggling to bring inflation up to target, central banks now face the opposite problem," said the BIS general manager Agustín Carstens. "We may be on the cusp of a new inflationary era. Central banks need to adjust to this new environment, not least by raising policy rates to more appropriate levels. The world economy must learn to rely less on expansionary monetary policies."

One important theme is the retreat of a globalized world, which played a big part in creating deflationary forces during the previous couple of decades.

"Many of the forces behind high inflation remain in place, and new ones are emerging. There are already signs of increased price spillovers across sectors and between prices and wages, as is common in a high-inflation environment," Carstens noted. "The structural factors keeping inflation low in recent decades may wane as globalization retreats."

The report noted the risks to watch are anchoring of inflation expectations and a wage-price spiral.

Central banks will need to change their strategies since they can no longer stimulate economies without impacting prices, Carstens pointed out.

"That change requires a broader recognition in policymaking that boosting resilient long-term growth cannot rely on repeated macroeconomic stimulus, be it monetary or fiscal. It can only be achieved through structural policies that strengthen the productive capacity of the economy," he explained.

The adjustment to rate hikes and higher interest rates, in general, won't be an easy one to make for many countries, especially in light of the current debt levels. This is why Carstens advises strengthening economic growth capacity.

"Households, firms, financial markets and sovereigns have become too used to low interest rates and accommodative financial conditions. It will be a challenge to engineer a transition to more normal levels and, in the process, set realistic expectations of what monetary policy can deliver," Carstens said. "We must strengthen the productive capacity of the economy. Higher potential growth would make it easier for indebted economies to withstand the higher nominal and real interest rates that are likely to prevail in the years ahead."