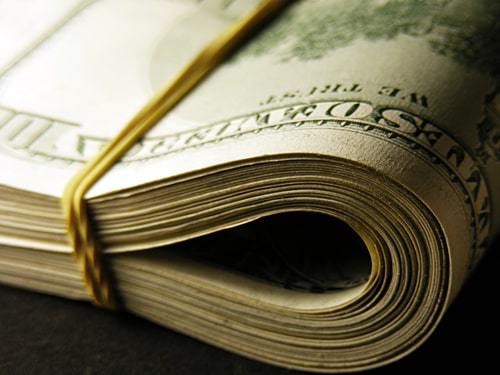 (Kitco News) The U.S. dollar has been rising on the back of the Federal Reserve's aggressive rhetoric and geopolitical uncertainty. But the greenback's turning point could be fast approaching, according to DoubleLine Capital CEO Jeffrey Gundlach.

The USD is seeing renewed safe-haven demand, which has boosted the world's reserve currency but at the same time weighed on gold — also a safe-haven asset during a geopolitical crisis.

According to analysts, the USD is viewed by many investors "as the 'cleanest dirty shirt in the laundry.'"

The dollar index (DXY), a measure of the greenback against six other currencies, reached the highest level in more than two years on Tuesday, rising above 101. The DXY was last at 100.93.

After seeing solid moves in the U.S. dollar, Gundlach reiterated his views that he is bullish on the dollar in the short term and a steadfast bear in the long term, noting that the greenback's turning point is approaching.

The steeping yield curve will test the Federal Reserve's ability to tighten monetary policy aggressively, Gundlach added in another post.

"Yield curve has been steepening a whole lot lately, testing the Federal Reserve's stated resolve to absolutely 'use our tools' to fight the inflation the Fed itself failed to predict," he tweeted.

On Tuesday, St. Louis Fed President James Bullard stated that he is not ruling out a 75 basis-point increase but noted that it is not his "base case."

Going into the May meeting, the market is pricing in a 91% chance of a 50-basis-point rate hike, according to the CME FedWatch Tool.

During a March webcast, Gundlach said that inflation in the U.S. could surge to 10% before hitting its peak, forcing the Federal Reserve to be more aggressive.

"It depends where commodities go, but I think we could be headed to a 10% CPI … before we get any relaxation," he added. "I can't possibly see how the Fed can pull back on interest rate increases. Their job is to fight inflation. They've done a terrible job of it so far."

He added that the surge in commodities could be a pre-recessionary warning sign.

"The magnitude of this move is almost the same size as the magnitude of the move going into the global financial crisis," he said. "And I bring that up again because a big up in commodities, in particular energy, is often a catalyst and in a post-mortem is determined to be part of the causes behind recessionary periods."