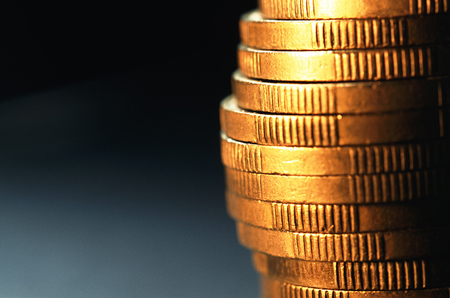 (Kitco News) - Western sanctions on Russia because of its war on Ukraine could affect the precious metals market as illegal gold enters the marketplace, according to the Global Initiative against Organized Crime (GI-TOC).

The group of crime experts warned that Russia could use the "well oiled" wheels of the illicit gold market to get around the sanctions. It is estimated that Russia holds about $140 billion worth of gold, which is beyond the direct reach of sanctions.

"Gold can be physically moved around the world outside of digital financial networks, including SWIFT financial messaging, making it difficult to track. Gold is also easily laundered in global markets through not declaring or disguising its origins," the analysts said. "Moscow could use foreign exchange reserves accessed through illicit gold markets for imports, to fund Russian military operations or to compensate sanctioned Russian oligarchs for their losses."

The report noted that while Russia has been barred from Western markets, it still has access to friendlier nations and could sell some of its gold on the Shanghai Gold Exchange. India, another major gold-consuming nation, could also help Russia sell some of its gold. Both China and India abstained in a vote at the United Nations condemning Russia's invasion of Ukraine.

Other nations that could be used to move Russian gold include the UAI, and Venezuela.

The report also noted that Russia could also turn to criminal organizations.

"[Russia] can evade these restrictions if they engage in gold and money laundering to disguise the origins of the gold and the beneficiaries of gold profits. Therefore, there is likely to be increased demand for the services and connections of transnational criminal networks that offer these services, buttressing transnational organized crime.

The GI-TOC noted that Russia would not be the first nation to sell its gold through illicit markets to support its beleaguered economy. The report said that it is alleged that Russia helped Venezuela avoid economic sanctions in 2019.

"It is suspected that Russia, having pledged support to Venezuela, used planes to move tonnes of Venezuelan gold to various foreign markets to evade sanctions, including Uganda, Turkey and the United Arab Emirates (UAE). Gold was ostensibly exchanged for foreign exchange, including US dollars and euros, which were returned to Venezuela," the report said.

The Turkey and Iran 'gas-for-gold'scheme is another example of nations using gold to runaround sanctions. Under the scheme, Turkey purchased Iranian natural gas with Turkish lira, which was then used by Iranian gold traders to buy gold in Turkey. That gold was then transferred to the UAE and sold.

"During the height of the 'gas-for-gold'period (March 2012 to July 2013), Turkey exported US$15 billion in gold, including US$5.3 billion to Iran and US$7.9 billion to the UAE. Switzerland was Turkey's primary source of gold, followed by the UAE," the report said.