Gold is 'the most confusing' of all commodities right now, here's why 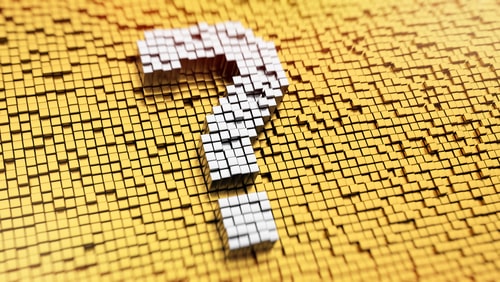 (Kitco News) Gold is abandoning its usual drivers and is focusing solely on the U.S. dollar, with prices tumbling around $50 on the day at the start of May trading. But the "unloved" metal could surprise the markets with a $2,100 year-end price target as investors shift their asset allocations, Wells Fargo's head of real asset strategy John LaForge told Kitco News.

The way gold behaved this year has surprised many investors, especially when the precious metal chose to ignore the risk-on/risk-off sentiment in the marketplace.

LaForge described gold's trading action as "the most confusing of all the commodities."

"It doesn't seem to want to react to anything outside the U.S. dollar and that's been going on for a solid year and a half," LaForge said. "The bad news is bad news and the good news is bad news. It doesn't seem to matter. Gold reached a point where people just don't love it no matter what the fundamentals are. They'd rather go play and do other things. Bitcoin could be one of them. This period doesn't have to last, but that's where gold is today, which makes these things hard to explain."

Gold usually reacts to real interest rates, risk-on/risk-off sentiment in the stock market, and much more. But all of these relationships have changed as gold focuses on the U.S. dollar. This was especially felt Monday when the U.S. dollar index was trading near 20-year highs. "We've had the risk-on go away; we're back to risk-off. And gold still can't get out of its own way," LaForge said.

However, what's under the hood of every asset still matters, which is why LaForge is bullish on gold, projecting the $2,100 an ounce level by year-end. Wells Fargo's analysis includes supply growth, demand, and the technical outlook.

"The fundamentals are good. The supply growth is very low. We're at one of these five-year lows, and we're just not producing enough gold. So as long as the population still grows, money is still in the system, and people are still buying things, you still need a certain amount of gold growth in terms of supply. And it's not keeping up," he said.

Slower supply growth in the middle of a commodity supercycle, which is "clearly happening," will let itself be known, according to LaForge.

On the technical side, the five-year trend remains intact, which is bullish considering how high the U.S. dollar is. "We're in an environment where defensive assets should do well. Supply growth is still pretty meager for gold. And it's gone almost two years now of being unloved," he explained.

Markets and investors at large are overlooking gold's potential at the moment. To determine this, LaForge looked at gold's performance relative to other commodities. And since August 2020, the precious metal has given back almost 16 years of relative strength against other commodities.

"Gold had been slowly outperforming most other commodities from 2005 all the way up to 2020. And it's given all that relative strength back in two years. And it's a head-scratcher because it shouldn't do it that fast," LaForge pointed out. "The value is there. We're in the middle of a supercycle. I think this whole unloved gold thing will turn around."

The undeniable reality is that investors are waking up to a more uncertain world, and there could be a shift in asset allocations. And one big unknown going forward is how central banks will split their attention between growth and inflation as they kick off their global tightening cycle.

"The Fed in the last 15 years has really been able to focus on the economy. So if things were getting a little wobbly, that's where they inject money if they needed to and so on. Inflation hasn't been a problem for so long. But now they are torn," LaForge stated. "Once you have to split your time and your decisions between two bad things — whether it's a recession or whether it's high inflation — not every answer is going to be a simple one. They might have to split the difference down the middle and it doesn't help either."

Let's talk about the Fed and its impact on gold

Can the aggressive Federal Reserve hurt gold by introducing supersized 50-basis-point rate hikes at its May meeting (this Wednesday), June, and possibly even July?

Wells Fargo projects two half-a-point rate increases in May and June, followed by four additional 25 basis-point hikes. The front-loading of the rate hikes is inevitable because the Fed is "boxed in" to fight inflation, which is at a 41-year high in the U.S.

Two things could only stop the Fed's aggressive stance — a recession or inflation returning to at least 5% and lower, LaForge noted.

"If there was a slowdown, it would have to be a recession before the Fed pauses and it is really overly concerned," he said. "Also, inflation is close to the peak number. But what really matters is when do we get below 5%? That's the next move — people trying to figure out when the inflation rate starts getting to a number where the Fed has some cover to slow down. And I'd say probably that number is less than 5%. I don't see that happening till the end of the year."

Historically speaking, when it comes to gold's reaction, oversized rate hikes could put pressure on the precious metal. But looking at how gold has behaved since reaching record highs in August 2020, LaForge said it is worth thinking twice.

"It could be one of those times where gold just does its own thing because it doesn't really care about what's going on," LaForge said. "In the last two years, gold has only reacted to one variable that's made sense, which is the dollar — dollar goes up, gold goes down. Almost every other variable gold has ignored."

In an environment when the Fed is hiking rates, the combination that matters is real rates, LaForge added. As the Fed hikes rates, inflation often comes down, which means real interest rates typically rise. "Historically speaking, that is bad for gold; it means lower gold prices. But I can definitely say for the last 18 months, gold has ignored most of its normal signals. So history says bad. I would say don't count on it," he clarified.

Going forward, LaForge does not see a lot of additional strength in the U.S. dollar, adding that Wells Fargo expects range-bound trading. "It seems to be less about the dollar and more about some other currencies. And the yen is one of them," he said.

One big risk on the horizon is any problems that could occur while the Fed is focused on fighting inflation by raising rates.

"Hiking interest rates typically takes months. I don't believe it's the level of rates that matters. The idea that interest rates might go from zero to 3% does not worry anyone long-term. That's a very low rate historically. But it's often the unknown in between while they are trying to hike rates that matters. Does the global economy slow because it is showing signs of that, and how far if it does it?"