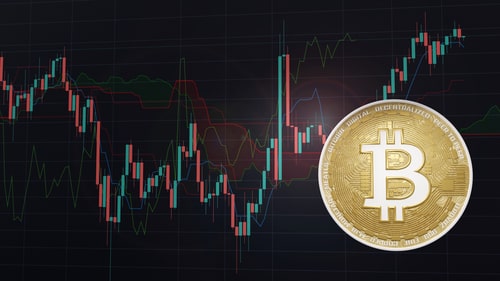 (Kitco News) The world's largest cryptocurrency has been swept up in a broader equity market selloff, with Bitcoin now sensitive to many macro drivers, including Wednesday's highly anticipated Federal Reserve meeting that will be followed by the Fed Chair Jerome Powell's press conference.

The COVID pandemic changed the makeup of Bitcoin's investors forever, which is why now the cryptocurrency's correlation to tech stocks is at all-time highs, and it's not going back, Ben McMillan, founder and CIO at IDX Digital Assets, told Kitco News.

"I like to point to Paul Tudor Jones' May 2020 letter to investors, where he talks about unprecedented levels of global monetary stimulus and the fact that fiat money can be printed away. And that's why gold is a good store of value. But he also talks about Bitcoin. That really popped it up in a lot of institutional investors' radars. Prior to that, the accounts we were managing were 'Bitcoin Maxis' or early adopters. But that's when we started seeing broader curiosity."

But this grand-scale institutional adoption has led Bitcoin to mirror risk-on assets. And this is why it is down more than 18% year to date.

"As institutional adoption continued to increase, so did correlation of Bitcoin relative to the equities market. After 2020, it was consistently positive, and now it's at an all-time high. And that's a direct function of just institutional dollars flowing into the space," McMillan said. "The days of negative or zero correlation to equities are gone."

And institutions' involvement means frequent rebalancing, which is why Bitcoin has become sensitive to stocks and larger macro drivers, including changes to the Federal Reserve's monetary policy.

As markets shifted expectations from a somewhat hawkish Fed to a very aggressive Fed, with forecasts of supersized rate hikes in May, June, and even July, Bitcoin tumbled quicker than stocks.

"A pivot in the Fed language earlier this year as it relates to their rate hike schedule hit Bitcoin the hardest," McMillan explained. "Bitcoin is trading like a macro asset, and it's going to be highly influenced by inflation, Fed policy, the war in Ukraine, and any other exogenous market factors. It's the institutional bid responding to macro events."

The crypto space was very quick to price in the most hawkish Federal Reserve scenario, including rate hikes and balance sheet reduction outlook, added McMillan.

"If you go back to early this year, Bitcoin retested low $30,000s pretty quickly. It clawed back a little bit, but it's been a slow grind up. Whereas technology stocks took a little longer to sell off, and that is still continuing. Part of that was Bitcoin being the highest risk asset class," he said. "So when people start to de-risk, a disproportionate amount of the dollars will come out of the Bitcoin bucket first."

With most of the aggressive policy stance already priced in, the crypto market will be most sensitive to the Fed's taper schedule — meaning the speed at which the Fed will be reducing its $9 trillion balance sheet.

"The market's really going to be looking for more hints on the taper schedule. And when do we hit peak inflation? This is all about whether or not the Fed can thread this needle of engineering a soft landing. To what degree are we looking at a recession in 2023?" McMillan asked. "Those are the key things that could potentially surprise, not just at the May meeting, but going throughout the back half of this year."

The key comment that could catalyze a rally in Bitcoin is some dovish surprise — whether in terms of the inflation outlook, rate hikes, or the taper schedule.

"If inflation numbers start to look better than expected or the Fed backs off its taper schedule a little bit. That's a scenario where Bitcoin could disproportionately participate in the upside relative to equities," McMillan pointed out. "Bitcoin is trading like a coiled spring where any upside surprise could attract a real bid from other risk assets or from investors on the sidelines. I wouldn't be surprised if we saw Bitcoin retesting all-time highs in the back half of this year."

"For Bitcoin to break below $30,000, you'd have to see a lot of selling. But it's within the realm of outcomes," he noted. "Institutions can always de-risk further depending on what the outlook looks like."

On the upside, there has been strong selling north of $44,000-$47,000, with profit-takers dominating the trading activity above these levels.

"You want to see Bitcoin demonstrably break north of $48k and even into $50,000 territory to start establishing a new trend higher," added McMillan.

The good news for Bitcoin is that it is much closer to the bottom relative to other risk assets. "I wouldn't be surprised if we've started seeing institutions carving out some allocations out of their technology sleeves to allocate to Bitcoin," McMillan highlighted. "When you look at Bitcoins' potential for growth and disruption over the next decade, it's a lot more compelling than many technology companies out there. I would expect to see some dollars rotating from technology exposure into digital assets."