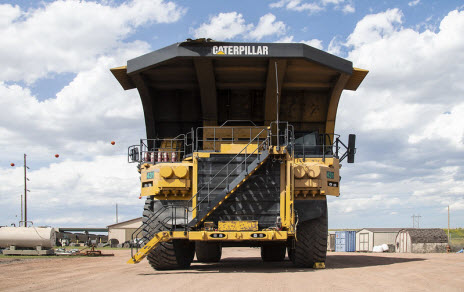 (Kitco News) - On Tuesday, IAMGOLD (TSX: IMG) announced that its attributable gold production in Q1 2022 was 174,000 ounces, up 21,000 ounces or 14% from the prior quarter, on continued strong performance from Essakane and improvements at Rosebel.

Net cash from operating activities for the first quarter 2022 was $142.3 million, an increase of $74.8 million from the prior quarter, primarily due to higher net cash earnings and proceeds from the 2022 Prepay Arrangements.

The company also announced the appointment of current Chair of the Board, Maryse Bélanger, as Interim President and CEO.

Commenting on quarterly results, Maryse Bélanger said, "The company delivered good results in the first quarter of 2022, resulting primarily from solid operating performance at Essakane. However, preliminary cost estimates from the ongoing risk analysis at our Côté development project, coupled with the need for additional liquidity represent significant near- and mid-term challenges."

Importantly, the company said it currently estimates that its share of the remaining Côté project costs to completion as of April 1, 2022 could be between approximately $1,200 to $1,300 million, net of leases.

This range includes between approximately $100 million to $150 million in contingencies. Accordingly, the company said it is withdrawing its 2022 and 2023 Côté Gold project costs guidance and cautions that this is a preliminary estimate.

The company noted that in addition, based on the preliminary results, the timing of commercial production is expected to be extended to approximately the end of 2023, which, while consistent with previous guidance (second half of 2023), represents a four to five month delay resulting from certain factors including lower contractor productivity rates, weather, COVID absenteeism in January and February 2022 and the impact from the batch plant fire.

The company added it intends to provide a detailed updated costs and schedule estimates review before the end of the second quarter, once the ongoing project review, risk analysis and re-estimation work is completed.

IAMGOLD is a mid-tier gold mining company operating in three regions globally: North America, South America and West Africa. The company's operating mines include Essakane in Burkina Faso, Rosebel (including Saramacca) in Suriname and Westwood in Canada. The company also owns the Côté Gold construction project in Canada, the Boto Gold development project in Senegal, as well as greenfield and brownfield exploration projects in various countries located in the Americas and West Africa.