'Extreme panic' in crypto: How risky is Bitcoin price below $30k? 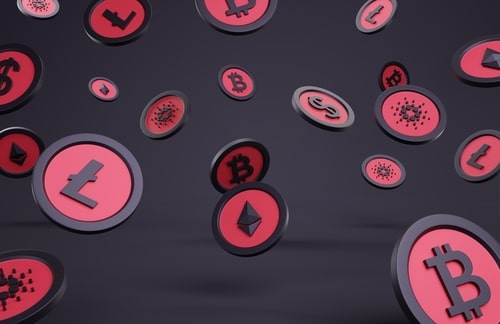 (Kitco News) The crypto market is in a panic mode as digital assets lost $800 billion in market value over the past month, according to CoinMarketCap's data. The shift in sentiment comes as investors revaluate risk assets ahead of a much tighter monetary policy worldwide.

However, Wednesday's most volatile digital asset continued to be the TerraUSD (UST) algorithmic stablecoin. The stablecoin crashed to around 30 cents earlier in the session after breaking its intended 1-to-1 peg to the U.S. dollar earlier this week.

In a Twitter thread, Do Kwon, co-founder of Terraform Labs, which is the company behind the token, said that it has a "recovery plan" that involves raising outside funding to "rebuild" TerraUSD and making it collateralized — backed by reserves to maintain its 1-to-1 dollar peg.

"As we begin to rebuild UST, we will adjust its mechanism to be collateralized," Do Kwon said.

The UST volatility impacts the broader crypto market. There are fears that the Luna Foundation Guard — a non-profit organization that supports the Terra blockchain ecosystem — would have to sell significant amounts of Bitcoin it owns as reserves, said GlobalBlock analyst Marcus Sotiriou.

"There is now a fundamental risk to the crypto industry as the UST stablecoin has de-pegged from $1," Sotiriou said Wednesday. "This resulted in extreme panic, as investors feared the Luna Foundation Guard selling their reserves, including 80,000 Bitcoin."

Data from Glassnode revealed that 80,000 Bitcoins were removed from exchanges, proving that the Luna Foundation Guard has been selling its Bitcoin "to raise funds to push the price of UST back up," Sotiriou added.

"Soon, we will find out which DeFi projects had their treasuries in anchor or UST, hence resulting in prominent protocols going under," he said.

The question that worries a lot of investors now is how risky Bitcoin is below the $30,000 level, which it briefly breached again on Wednesday.

"Bitcoin saw the $30,000 rug pulled after a hot inflation report sent the Nasdaq and all risky assets tumbling. It is a very nervous time in crypto markets following the collapse of the controversial stablecoin UST and as the majority of institutional crypto investors that invested last year are now losing money," said OANDA senior market analyst Edward Moya. "Bitcoin is back above the $31,000 level and will likely continue to take a cue from the Nasdaq."

According to Moya, the level to watch is $28,500. If that breaks, Bitcoin would be vulnerable to more selling pressure.

"Too much institutional money will have a tight leash with their Bitcoin trades and they most likely won't tolerate a move below the $30,000 level," he added. "Bitcoin faces short-term resistance at the $32,500 level, followed by the $35,000 region. To the downside, Bitcoin will try to hold the $30,000 level, with $28,500 providing major support."

Some analysts see Bitcoin becoming less risk-on as markets start to price at the end of the Federal Reserve's rate hike cycle.

"Bitcoin is in the process of transitioning from a risk-on to a risk-off asset. I do think $30,000 is going to be a pretty good support level. But if the stock market drops another leg, the high-velocity Bitcoin will suffer. That's shorter-term," Bloomberg Intelligence senior commodity strategist Mike McGlone told Kitco News.

However, in the long term, Bitcoin will come out ahead, McGlone pointed out. "Once I see Bitcoin showing a pretty good bottom, it will eventually build a good base (maybe around $30,000) and then head towards $100,000. The timeframe is harder to predict," he said.

There was also some pressure on the crypto space from the regulatory perspective. U.S. Treasury Secretary Janet Yellen commented on the UST stablecoin losing its dollar peg.

"I think that simply illustrates that this is a rapidly growing product, and that there are risks to financial stability, and we need a framework that's appropriate," Yellen testified on Tuesday.

Yellen noted that legislation addressing crypto regulation would be "appropriate" this year. "There we see run risks which could threaten financial stability – risks associated with the payment system and its integrity and risks associated with increased concentration if stablecoins are issued by firms that already have substantial market power," Yellen said. "We definitely see significant risks here."