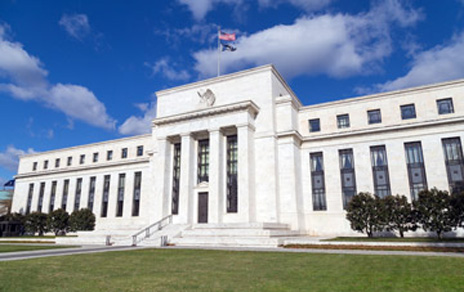 (Kitco News) - The gold market is trading relatively unchanged on the year after falling through critical support at $1,850 an ounce. However, despite the recent weakness, the precious metal has held up in the face of strong headwinds, according to Nitesh Shah, head of commodities and macroeconomic research at WisdomTree.

In a recent interview with Kitco News, Shah said that gold prices are still on a path back to $2,000 an ounce even as the Federal Reserve embarks on an aggressive tightening cycle. He added that his updated forecasting models point to gold pushing to $2,300 by the first quarter of 2023.

Although gold has struggled in the last few weeks, Shah said that he doesn't see the potential for a major route in the marketplace. He added that lower gold prices could attract renewed interest as investors worry that the Federal Reserve is on the cusp of making a policy mistake.

"Many smart investors are starting to wonder if central banks will throw the global economy into a recession to stamp out inflation," he said. "It may not be a base-case scenario, but there are material risks of a recession."

Shah added that he expects the Federal Reserve, aware of the risks of a policy mistake, to tread carefully. The central has signed that it could raise interest rates by 50-basis points at the next two meetings; however, Federal Reserve Chair Jerome Powel pushed back on market expectations of a 75-basis point move.

"I expect that we have reached peak hawkishness and that will be good for gold," he said.

Although the U.S. central bank will continue to raise interest rates throughout the year, Shah said that he questions whether or not it will bring down inflation.

"Higher interest rates will tamp down demand inflation, but that is a secondary component of inflation. It's not the primary component. The Fed's tools at hand aren't really suitable for the job of dealing with supply-side issues," he said.

The only thing that will deal with supply-side issues, Shah said, is government infrastructure spending.

"It will take years to get the infrastructure to improve the supply chain," he said.

Shah added that he expects the Federal Reserve to be as aggressive as possible to ensure that long-term inflation expectations remain well-anchored.

Shah estimates that Russia's war in Ukraine will keep energy and food prices elevated throughout the year.

Wednesday, the U.S. Labor Department said in its latest Consumer Price Index report that energy prices had risen more than 30% in the last 12 months. At the same time, food prices have risen more than 9%.

Overall, consumer prices rose 8.3% for the year, coming in hotter than expected.

As for the U.S. dollar, which has been a significant headwind for gold, Shah said that he thinks it could be close to a peak. He added that monetary policy divergence between the Federal Reserve and other central banks like the Bank of Japan and the European Central Bank had pushed the U.S. dollar higher.

However, he stated that the ECB would start raising rates at some point, and the monetary policy gap would start to close. At the same time, he said that investor focus could turn back to the U.S. government's massive twin deficits.

"At some point, the trend in the U.S. dollar is going to shift, and we will see gold prices start to pick up again," he said.