HONG KONG / LONDON, May 12 (Reuters) - The meltdown in TerraUSD, one of the world's largest stablecoins, sent shockwaves through cryptocurrency markets on Thursday, pushing another stablecoin Tether below its dollar peg and sending bitcoin to 16-month lows.

Cryptocurrencies have been swept up in a sell-off across higher risk assets, which has picked up steam this week as data showed U.S. inflation running hot, deepening investor fears about the economic impact of aggressive central bank tightening.

The sell-off has taken the combined market value of all cryptocurrencies to $1.12 trillion, around a third of where it was last November, based on data from CoinMarketCap, with more than 35% of that loss coming this week.

Unlike previous financial market sell-offs, when cryptocurrencies have been largely untouched, the selling pressure in these assets this time round has undermined the broader argument that they are dependable stores of value amid market volatility.

Stablecoin TerraUSD has been hit by the turmoil and broke its peg to the U.S. dollar, which led to it falling as low as 31 cents on Wednesday. On Thursday it was trading around 47 cents. read more

Stablecoins are digital tokens pegged to the value of traditional assets, such as the U.S. dollar. But TerraUSD is an algorithmic, or "decentralised", stablecoin, and was supposed to maintain its dollar peg via a complex mechanism which involved swapping it with another free-floating token.

"The collapse of the peg in TerraUSD has had some nasty and predictable spillovers. We have seen broad liquidation in BTC, ETH and most ALT coins," said Richard Usher, head of OTC trading at BCB Group, referring to other cryptocurrencies. 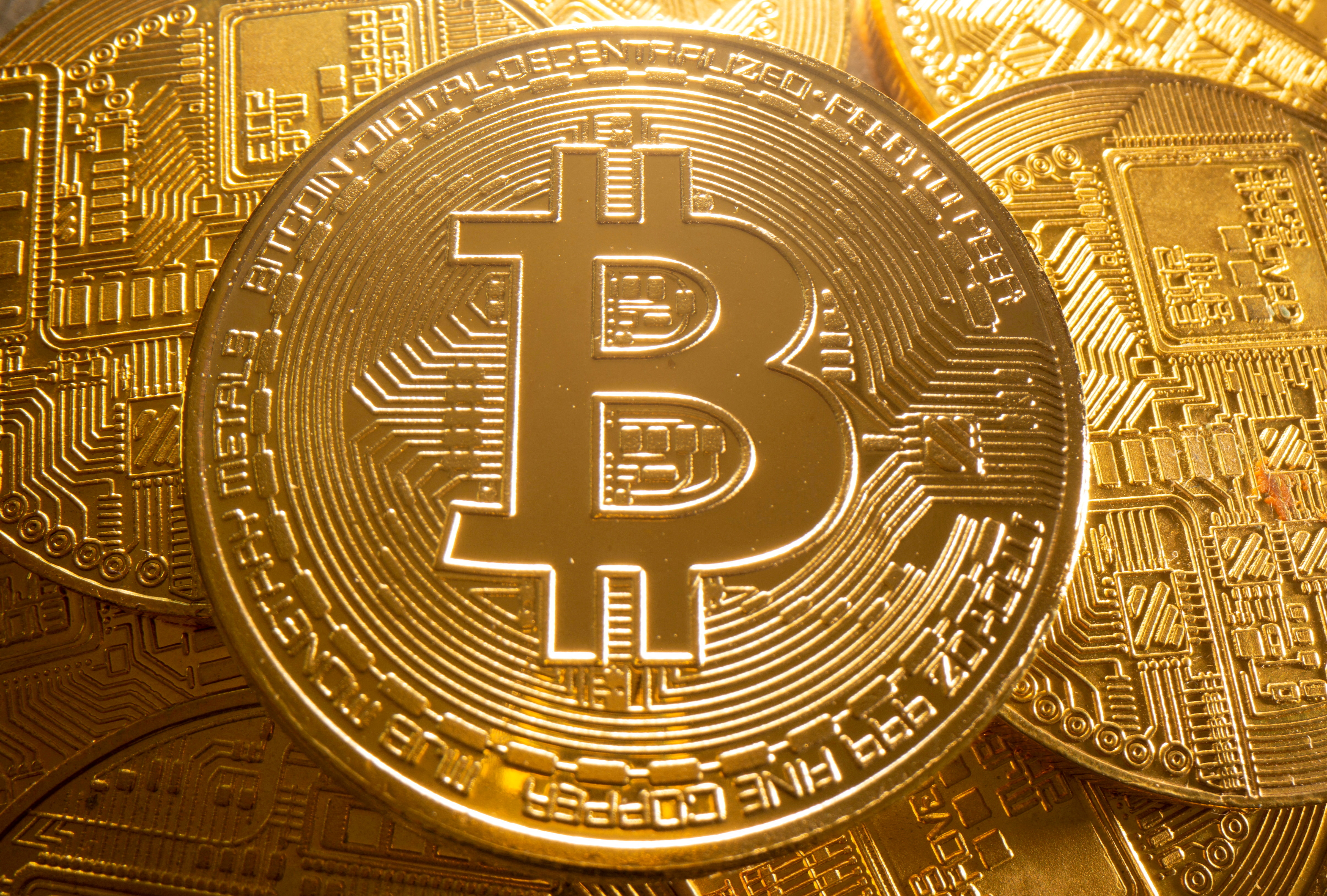 A representation of cryptocurrency Bitcoin is seen in this illustration taken August 6, 2021. REUTERS/Dado Ruvic

Even stablecoins backed by traditional assets were showing signs of stress on Thursday.

Tether slipped below its 1:1 dollar peg, hitting as a low of 95 cents around 0724 GMT on Thursday, based on CoinMarketCap data.

"The lack of transparency provided by Tether on the quality of commercial paper they hold to back the peg made it the obvious next target," said BCB Group's Usher.

"However, Tether is a very different animal to Terra, with a more proven ecosystem and I have far more confidence that when volatility subsides it can regain its peg and stability," he said.

Paolo Ardoino, Tether's chief technology officer, said in a Twitter Spaces chat that the stablecoin had reduced its exposure to commercial paper over the last six months and now holds the majority of its reserves in U.S. Treasuries.

Ardoino said a quarterly update on Tether's reserves would be available later in the month. read more

Tether, is the largest stablecoin by market cap, and, along with USD Coin and Binance USD, they account for almost 87% of the total $169.5 billion stablecoin market, according to CoinMarketCap.

The large number of centralised cryptocurrency exchanges and decentralised venues, each with their own liquidity profile and credit risk, was adding to price distortions across the market, to Denis Vinokourov, head of research at Corinthian Digital Asset Management, said.

"The spillover effects into other stablecoins is in part driven by the fragmented nature of the market," Vinokourov said.

"This credit risk, especially during the times of tight liquidity conditions and mass deleveraging leads to further price distortions."

In its biannual Financial Stability Report on Tuesday, the U.S. Federal Reserve warned that stablecoins are vulnerable to investor runs because they are backed by assets that can lose value or become illiquid in times of market stress. read more 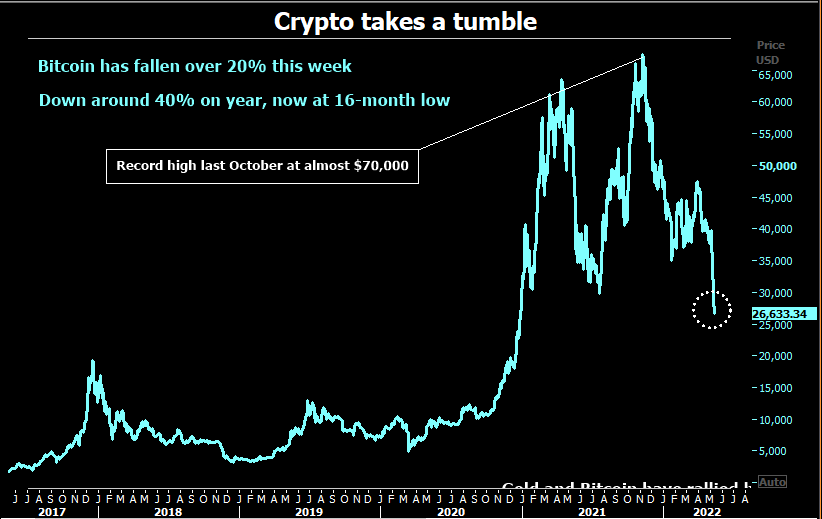 Bitcoin
Reporting by Alun John and Elizabeth Howcroft in London; Additional reporting by Samuel Indyk; Writing by Saikat Chatterjee; Editing by Clarence Fernandez, Bradley Perrett, Kim Coghill and Jane Merriman
Disclaimer: The views expressed in this article are those of the author and may not reflect those of Kitco Metals Inc. The author has made every effort to ensure accuracy of information provided; however, neither Kitco Metals Inc. nor the author can guarantee such accuracy. This article is strictly for informational purposes only. It is not a solicitation to make any exchange in commodities, securities or other financial instruments. Kitco Metals Inc. and the author of this article do not accept culpability for losses and/ or damages arising from the use of this publication.