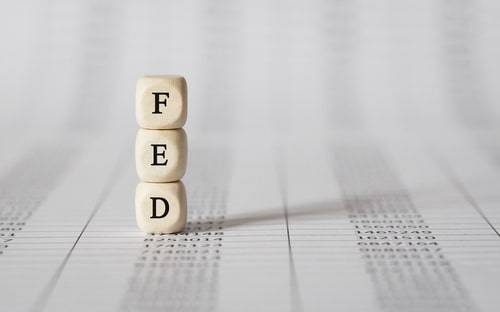 The vote showed broad support for Powell after the Federal Reserve decided to raise rates by 50-basis-points in May, the steepest hike since 2000.

Even though Powell was confirmed just now, he has been heading the U.S. central bank in a temporary capacity since February.

Following the latest interest rate decision, in which the Fed also laid out its plans for balance sheet reduction starting June 1, markets have been reeling.

One of the investors' significant concerns is whether the Fed can walk the tight rope of fighting inflation with rate hikes without triggering a recession. And this has triggered a significant shift in risk sentiment.

The S&P 500 hit the lowest level this year on Thursday, while the Nasdaq was down 1.8%, and the Dow fell 1.7%, heading for the sixth-straight day of losses.

At his last press conference on May 4, Powell ruled out a 75-basis-point rate hike at upcoming meetings but noted that additional 50bps increases are on the table for June and July.

He also pointed out that despite the U.S. economy contracting 1.4% in the first quarter, there was a "good chance" for the Fed to achieve a "softish landing" as it aggressively tightens monetary policy this year.

"Households and businesses are in strong financial shape, the labor market is very very strong, the economy is strong and is well-positioned to handle tighter monetary policy. [But] it will be very challenging and will not be easy. It will depend on events out of our control," he said. "We raised by 50 bps today, and there is a broad sense within the committee that additional 50 bps should be at the table for the next couple of meetings."