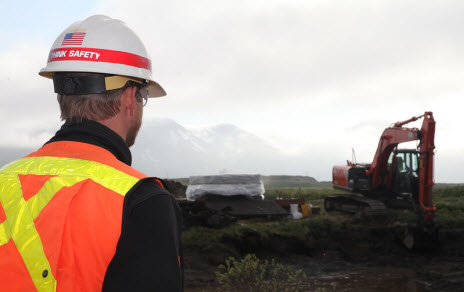 The company said that its total silver equivalent production increased 59% when compared to the first quarter of 2021 primarily due to the acquisition of Jerritt Canyon.

Cash cost for the quarter was $14.94 per AgEq ounce, compared to $12.32 AgEq per ounce in the previous quarter. First Majestic noted that it experienced a company-wide inflationary cost pressures in first quarter.

According to the company’s statement, revenues generated in the first quarter totaled $156.8 million compared to $100.5 million in the first quarter of 2021, representing a 56% increase primarily due to acquisition of the Jerritt Canyon mine and initial production from the Ermitaño mine at Santa Elena.

Cash flow from operations before movements in working capital and income taxes in the quarter was $35.3 million compared to $31.1 million in the first quarter of 2021.

Cash and cash equivalents as of March 31, 2022 was $192.8 million. In addition, the company said it has a strong working capital position of $194.4 million and total available liquidity of $294.4 million.

First Majestic also announced that its Board of Directors has declared a cash dividend payment in the amount of $0.006 per common share for the first quarter of 2022.

President and CEO Keith Neumeyer said that cost-cutting measures are underway across the company to improve profitability, adding that efforts to improve efficiencies at Jerritt Canyon remain a key focus.