Yellen addresses stablecoin turmoil: not a 'real threat to financial stability,' but it's growing 'rapidly' and presents 'bank run' risks known for centuries 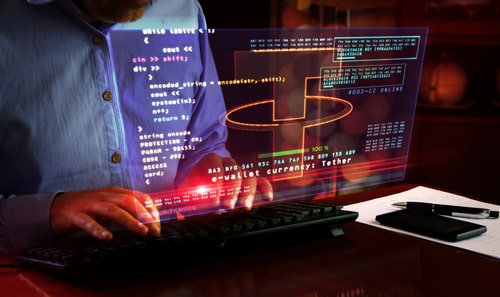 (Kitco News) As the stablecoin collapse sent the crypto market crashing, with Bitcoin trading below $30,000 and Ethereum below $2,000, U.S. Treasury Secretary Janet Yellen addressed the significance of the meltdown.

"I wouldn't characterize it at this scale as a real threat to financial stability, but [the use of stablecoins is] growing very rapidly, and they present the same kind of risks that we have known for centuries in connection with bank runs," she testified before the House Financial Services Committee Thursday. "They are assets that purport to guarantee conversion at will to the dollar on a one-for-one basis."

Yellen was referencing the TerraUSD (UST) crash, the algorithmic stablecoin that lost its peg to the dollar over the weekend and continued to collapse throughout the week. At the time of writing, UST was at $0.37, down 40% on the day.

The popular stablecoin Tether falling to trade below $1 for the first time ever early on Thursday exacerbated the situation. Since then, however, Tether was able to recover following reassurances from Tether's chief technology officer Paolo Ardoino.

GM
Reminder that tether is honouring USDt redemptions at 1$ via https://t.co/fB12xESSvB .
>300M redeemed in last 24h without a sweat drop.

During her testimony, Yellen also called for more regulation, adding that it would help the stablecoin community.

One of the complaints Yellen cited coming from her discussions with the industry was regulatory uncertainty. "If Congress were to establish a framework, it would make it easier for the issuers of these assets to know what the regulatory environment would be," she said.

The regulatory framework Yellen is proposing to regulate stablecoins is a bank-type framework.

"It's a flexible framework. It involves appropriate capital and liquidity requirements, which I think are important and is a framework in which payment system risks can be addressed," she clarified. "Creating a framework that is appropriate to the risks that stablecoins present really provides the kind of certainty about the regulatory environment that issuers of stablecoins need to thrive and to innovate."

On top of that, Yellen added that a central bank digital currency (CBDC) could solve many of the risks and problems associated with stablecoins. However, she did cite privacy concerns as one of the main obstacles.

"That is the reason to want to have the central bank digital currency. But there were also concerns it could have a very significant impact on the structure of financial intermediation, depending on how it's designed," she said.