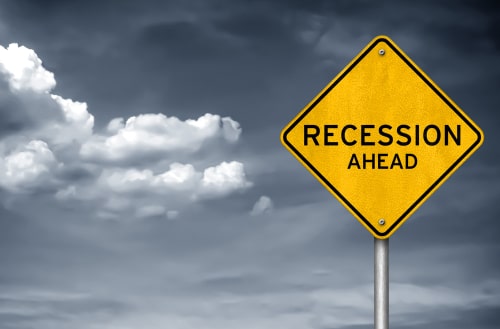 (Kitco News) A recession in the U.S. is "definitely a risk" as the Federal Reserve faces a narrow path ahead as it tightens rates to fight inflation, said former Goldman Sachs CEO Lloyd Blankfein.

Speaking to the CBS' 'Face the Nation,' Blankfein stated that a recession is "a very, very high risk factor," but "it's not baked in the cake."

The Fed has the right tools for its battle with inflation, but its actions will take time to filter through.

"There's a path. It's a narrow path," said Blankfein, who is now Goldman Sachs' senior chairman after retiring from the CEO position in 2018. "But I think the Fed has very powerful tools. It's hard to finely tune them, and it's hard to see the effects of them quickly enough to alter it, but I think they're responding well. [Recession] is definitely a risk."

His comments coincided with Goldman Sachs cutting its U.S. growth outlook for 2022 and 2023 to 2.4% and 1.6%, down from 2.6% and 2.2%, respectively. But Goldman's economists noted that there was a good chance to avoid a spike in the unemployment rate as the Fed tightens monetary policy.

They added that the unemployment rate is projected to increase to 3.7% by the end of next year.

After raising rates by 50 basis points in May — the biggest rate hike since 2000 — Fed Chair Jerome Powell ruled out a 75-basis-point rate hike at upcoming meetings but noted that additional 50bps increases are on the table for June and July.

He also stated that despite the U.S. economy contracting 1.4% in the first quarter, there was a "good chance" for the Fed to achieve a "softish landing" as it aggressively tightens monetary policy this year.

On the other hand, Powell admitted that a few elements would remain outside the Fed's control, including upward pressure on inflation from Russia's invasion of Ukraine and China's COVID lockdowns.