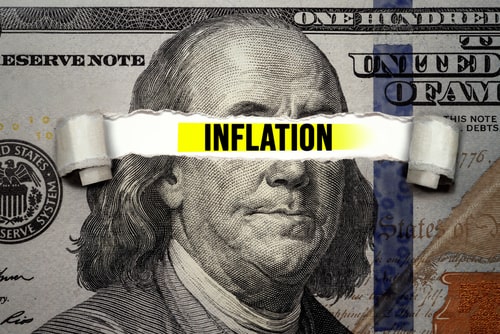 "What we need to see is clear and convincing evidence that inflation pressures are abating and inflation is coming down. And if we don't see that, then we'll have to consider moving more aggressively. If we do see that, then we can consider moving to a slower pace," Powell said at a Wall Street Journal live event. "It's going to be a judgment call that we make going forward as we carefully monitor incoming data, the evolving financial conditions changing."

Powell even noted that the Fed could move beyond what is generally considered a neutral rate.

"Inflation coming down — that's what we really need to see. If that involves moving past broadly understood levels of neutral, we won't hesitate at all to do that. We'll just go until we are at a place where we can say yes, financial conditions are at an appropriate place, and we see inflation coming down. We'll go to that point," he said.

The Fed is estimated to reach normal rate levels sometime in the fourth quarter of this year. "But it's not a stopping point. We don't know with any confidence where neutral is. We don't know where tight is. Particularly in this environment of higher inflation and very strong growth in a really tight labor market," he added.

In the meantime, the U.S. central bank will continue "pushing" until its inflation goal is achieved.

The Fed chair also acknowledged that it was good to see financial markets selling off this past week since that will lead to slower growth, tampering demand, and giving the supply side a chance to catch up.

"It's been good to see financial markets reacting in advance based on the way we're speaking about the economy. And the consequence is that financial conditions overall have tightened significantly," he described. "What we need is to see is growth moving down from the very high levels that we saw last year."

Powell remained convinced that the U.S. is well-positioned to withstand a tighter monetary policy. "There could be some pain involved in restoring price stability -- but we think we can sustain a strong labor market."

The effects of the war in Ukraine and rolling COVID-related shutdowns in China remain the two most significant risks outside the Fed's control that weigh on growth and push inflation up. "They are preventing any healing of supply chain problems. That will make it harder for inflation to come down," he clarified.

A "softish" landing is still achievable, and it is "a good" type of landing, Powell explained. "We have to slow growth to do that. There could be some pain involved, but we can maintain a strong labor market," he said. "I am not aware of a time when we had two job openings for every unemployed person … We are in the world of firsts."

Powell also warned of globalization pausing or even reversing. The consequence of which would be a move away from the disinflationary problems of the last few decades to inflationary ones.

"It would be a very different world if we see globalization go into reverse or pause," he noted. "You had a perfect storm of disinflationary forces. In the near term, there is a real possibility that globalization go into reverse to some extent. You would have more security in supply chains, but [they] may not be as efficient. You could see higher inflationary pressure."