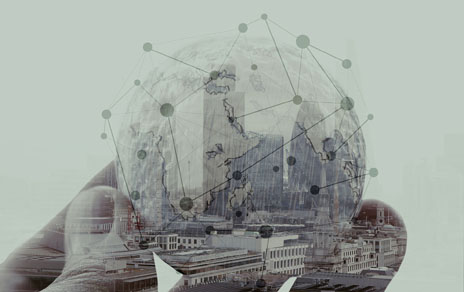 (Kitco News) - The Federal Reserve has reaffirmed its commitment to stabilizing consumer prices as inflation erodes personal wealth and threatens the economy.

However, In a recent interview with Kitco News, Axel Merk, President and Chief Investment Officer of Merk Investments, said that the economic outlook could get a lot messier as the U.S. central bank faces a difficult battle in its fight against inflation.

Although gold prices have dropped below $2,000 and have struggled to attract new bullish momentum, Merk said that the precious metal remains an important investment tool. It continues to do its jobs as a defensive asset and hedge against inflation.

"Gold is always that asset that you're happy that you had yesterday. But you have no idea why you would have it for tomorrow," he said.

While gold's recent price action has been disappointing after a solid first-quarter performance, Merk noted that it continues to outperform equity markets.

"We often talk about how gold has no correlation to equities over the long term. That doesn't mean that it will always move up when the S&P moves down. It means that sometimes it moves with the S&P and sometimes against it. Sometimes, gold just does its own thing," he said. "The price action is all part of the environment we are in. The Federal Reserve, with its actions, has taken the lid off the pressure cooker and that is when things get a little messy."

Although the Federal Reserve is taking a tough stance on inflation, for now, Merk said that he is not convinced that it will do what is completely necessary to lower consumer prices. He added that he sees the growing risk of stagflation.

"One definition I heard for stagflation is inflation, plus a policy mistake because when you have inflation, the right thing to do is not politically attractive," he said.

Not only is the Federal Reserve way behind the inflation curve, trying to catch up quickly, but Merk added that shifting geopolitical trends is impacting long-term expectations. He noted that nations worldwide have been trying to develop their own domestic supply of resources after the global supply chain was severely affected by the COVID-19 pandemic and now Russia's war in Ukraine.

"We are entering a new normal because there are higher costs to onshoring," he said.

Merk said that he likes gold as a portfolio stabilizer in an environment where policymakers are running around trying to solve today's latest crisis without looking at the bigger long-term picture.

"If you move from taking risk away entirely and then slam some risk back in, you'll have distortions, right? You create, all kinds of noise," he said. "When you are in a mess like we have, we will get erratic policies, so it might be good to have some diversification, some stability in your portfolio."