Tennessee removes sales tax on gold and silver, only eight states to go 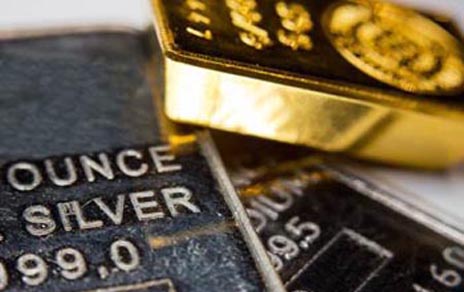 Tennessee becomes the 42nd to pass laws that will make gold and silver hard currencies.

"The victory puts a capstone on long-running efforts by the Sound Money Defense League, Money Metals Exchange, Campaign for Liberty, and grassroots activists and coin dealers in Tennessee. Tennessee investors, savers, and small businesses can now acquire gold, silver, platinum, and palladium bullion and coins without being slapped with taxes as high as 10%, depending on the purchaser's specific location," the Sound Money Defense League, a national organization dedicated to making precious metals recognized money in the U.S.

According to reports, the legislation passed the state's house and senate with ease, but has been a long-time in the making.

"I've been working to free gold and silver from sales taxes in Tennessee since my kids were in elementary school. The Sound Money Defense League, in-state dealers, and folks all across Tennessee made their voices heard and helped get this bill across the finish line," said Representative Bud Hulsey, in a statement. Hulsey was the lead sponsor of the bill.

There are still eight states that still tax precious metals bullion as investment assets. However, in a comment to Kitco News, Jp Cortez, Policy Director for the Sound Money Defense League, said that they are helping to develop proposed bills to be introduced in the remaining states.

"There is no federal sales tax in the U.S., so ending sales taxes on purchases of gold and silver requires a state-by-state approach. Activating grassroots efforts across the country, the Sound Money Defense League, Money Metals Exchange, and in-state groups and dealers passed 2022 legislation in Tennessee, Virginia, and Alabama, securing the right for 20 million Americans to purchase precious metals without being penalized with taxes," he said. "The eight remaining U.S. states that still fully tax the monetary metals are increasingly embarrassing themselves."

"At a time of record-high inflation, Tennessee shouldn't be punishing citizens with sales taxes for choosing to protect the purchasing power of their savings with sound money," Cortez.