Russia's central bank: expect more demand for gold and other currency alternatives to the U.S. dollar, the euro 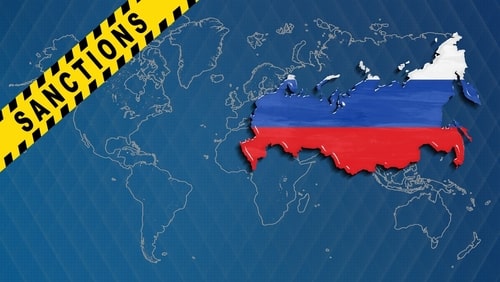 (Kitco News) Central banks, especially those in Asia and the Middle East, will be rethinking their foreign exchange reserve strategies regarding the U.S. dollar and the euro due to the West’s recent use of financial sanctions, according to Russia's central bank.

A slate of financial restrictions was placed on Russia following its invasion of Ukraine on February 24, including limits on the Russian central bank's reserves, resulting in the freeze of about half of Russia's $642 billion in reserves.

Russia expects other central banks, especially those in Asia and the Middle East, to buy more gold and opt for currencies such as China's yuan versus the U.S. dollar and the euro.

"One could expect an increase in demand for gold and a decline in the U.S. dollar's and the euro's role as reserve assets," the Russian central bank said in a report on financial stability. "According to the World Gold Council, global demand for gold in the first quarter of 2022 increased by 34% on an annual basis. Against the background of these global changes, periods of increased volatility in world markets are possible, which will contribute to the growth of interest rates."

The move toward assets like gold is all because of the West's sanctions against Russia and the talk of possibly seizing the frozen parts of Russia's reserves, the Russian central bank stated.

"One of the results of the imposed sanctions restrictions for the foreign exchange market was the tendency to increase the use of currencies alternative to the U.S. dollar and the euro," the central bank said, pointing to the Chinese yuan.

Russia's central bank added that it could even look into introducing negative interest rates on banks' deposits in dollars and euros.

Back in April, Russia's central bank announced that it cut its holdings of U.S. dollars even further early this year, adding that it had enough yuan and gold despite the impact of Western sanctions.

Gold's share of reserves edged down from 23.3% to 21.5%. According to the latest IMF data, Russia held nearly 2,300 tonnes of gold as of the end of January — the fifth-biggest sovereign gold owner.

Russia's central bank is carrying out a clear goal — moving further away from the U.S. dollar read the euro.

"The role of the U.S. dollar and the euro in the Russian market will begin to decline, while the importance of the currencies of friendly countries will increase, as well as the role of the ruble in settlements for foreign trade operations," the bank said Tuesday.