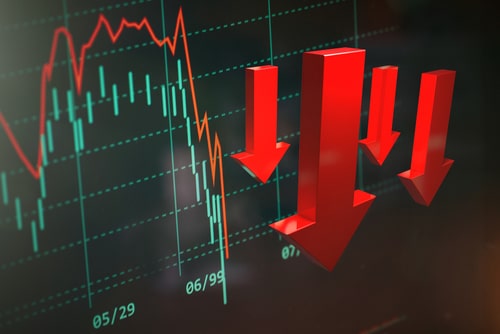 (Kitco News) The world's wealthiest individuals are feeling the losses as markets collapse ahead of the Federal Reserve announcement scheduled for Wednesday. The Bloomberg Billionaires Index showed that the 500 richest people lost $206 billion on Monday and a total of $1.4 trillion since the start of 2022.

The losses reported by billionaires this year are the opposite of what it was like in 2021, when tremendous growth in the equity space contributed 8% to the high-net-worth individuals, including 13% in North America, Bloomberg cited a Capgemini World Wealth report that was published Tuesday.

Capgemini's report also showed that most of the world's wealthiest individuals live in the U.S., Japan, China and Germany.

The report noted that the stellar performance of the equity space in 2021 contributed to gains in many other sectors, including cryptocurrencies and real estate.

However, these gains are quickly disappearing, with the number one concern for markets this year being inflation and the potential recessionary environment as the Federal Reserve embraces a very aggressive tightening cycle.