Silver caught between an industrial metal and a monetary asset 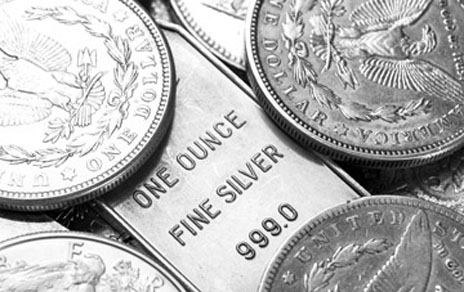 (Kitco News) - Silver prices are on the move to the top of their current trading range, looking to test resistance around $22 an ounce. Although the precious metal is supported by long-term fundamentals, commodity analysts at BMO Capital Markets said that growing recessionary risks could weigh on prices in the near term.

While silver is considered a monetary metal, the analysts noted that its role as an industrial metal had been a dominant factor. They added that so far this year, silver has been trading as a risk-on asset, "which does not bode well for prices if economic headwinds mount."

They added that as recessionary pressure build, gold prices will continue to outperform silver.

Lukewarm investor interest in silver can also be seen in the physical market. The Canadian bank said that demand for silver bars and coins is expected to rise by 213 million ounces this year, down nearly 24% from last year. However, the analysts also noted that physical demand will remain well above the previous highs hit in 2015.

Looking past the paper and physical market, BMO analysts said that investors should keep an eye on the metal's industrial applications.

"We expect to see silver's longer-term industrial uses, particularly related to the energy transition, to continue to help support near-term investor sentiment," the analysts said. "Industrial silver demand is undergoing its own transition. Industrial demand, including photography, is set to grow by 117Mozpa by 2030, compared to 2021 levels, that is equivalent to the total amount of primary silver expected to be produced by China this year."

In the green energy transition, BMO said that silver demand within the solar sector will remain an essential factor in the precious metal.

The growing electric vehicle market also represents a growing source of demand for silver. BMO sees silver usage in the auto sector growing to 89 million ounces by 2030, up nearly 65% from 2021 levels.

"While we expect the gold:silver ratio in the long term to revert to 70:1, mounting recessionary signals, geopolitical tensions and still searing inflation could see the risk-off environment persisting in the near term, which on balance should favor gold above silver. Ultimately, tightening monetary policy will likely weigh on gold over the medium term, with silver more insulated from price corrections owing to the importance of industrial demand," the analysts said.