June 21 (Reuters) - A record 42 million people around the United States are expected to hit the road for trips over the July 4 Independence Day weekend, AAA said Tuesday, absorbing historically high fuel costs to crowd the highways.

That figure, should it pan out, would surpass 2019's peak, when 41.5 million people traveled by vehicle on Independence Day, according to the American Automobile Association.

Less than two weeks ago, the average U.S. retail cost of gasoline hit $5 per gallon for the first time in history. While that is not an inflation-adjusted record, it still represents an increase of nearly $2 per gallon from a year earlier. After peaking at $5.02 a gallon, it has dipped to $4.97.

Despite the higher pump price, gasoline demand is only 1% below the average for this time of year in the United States. 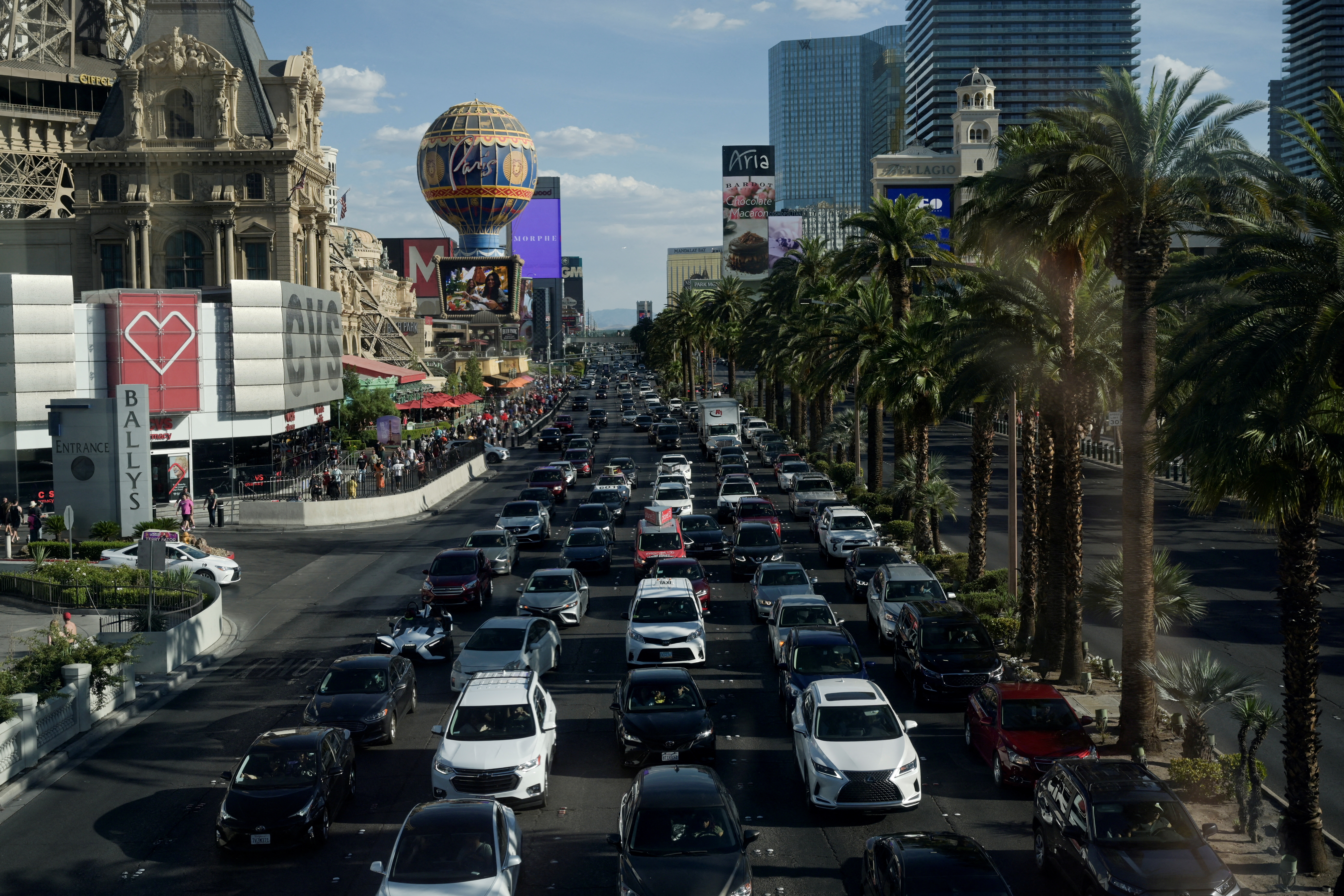 Traffic is seen along the Strip on Memorial Day in Las Vegas, Nevada, U.S., May 31, 2021. REUTERS/Bridget Bennett/File Photo/File Photo

Including air travel, 47.9 million people are expected to travel 50 miles or more from home during the holiday period, just 2% less than 2019's 49 million, but surpassing 2021's levels, the travel membership organization said.

"The volume of travelers we expect to see over Independence Day is a definite sign that summer travel is kicking into high gear," said Paula Twidale, senior vice president of AAA Travel. "Earlier this year, we started seeing the demand for travel increase and it's not tapering off."

Worldwide, drivers are also tolerating the high prices. Traffic in major European cities has surpassed pre-pandemic levels, according to congestion figures from TomTom.

Through April, cumulative vehicle miles traveled for 2022 totals 1.017 trillion vehicle miles, a rate that trails only 2019 and 2018 in terms of pace, according to the U.S. Department of Transportation.

Reporting By David Gaffen; Editing by David Gregorio
Disclaimer: The views expressed in this article are those of the author and may not reflect those of Kitco Metals Inc. The author has made every effort to ensure accuracy of information provided; however, neither Kitco Metals Inc. nor the author can guarantee such accuracy. This article is strictly for informational purposes only. It is not a solicitation to make any exchange in commodities, securities or other financial instruments. Kitco Metals Inc. and the author of this article do not accept culpability for losses and/ or damages arising from the use of this publication.
new