Billionaire Seth Klarman sees value in gold; nobody should own cryptocurrencies - interview with Harvard Business School 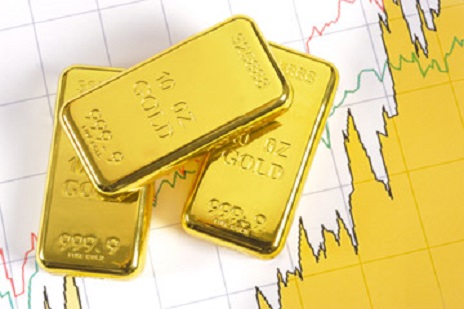 (Kitco News) - Billionaire investor Seth Klarman and head of the Baupost Group, said he sees the value of holding some gold as uncertainty continues to dominate the marketplace. At the sametime, he touted cryptocurrencies as pointless.

In a recent interview with Das Narayandas, a professor at the Harvard Business School, Klarman warned that the U.S. economy faces a challenging environment of slower economic growth and rising inflation. He added even with the current selloff, equity markets are still too elevated. The comments come as the S&P 500 has dropped roughly 23% this year, entering bear-market territory.

He added that equity markets will continue to slide as interest rates move higher. He said that the bond market has been in a bull market for 35 years, and the current selloff could be a big shock for investors who have been forced to take more risks to find better yields.

'"Interest rates are starting to move higher, and they should move higher because they've been held artificially low for a long time," Klarman said in the Harvard Business School interview. "I think it's going to jolt some people, and even the system, when they start to move higher."

Although Klarman expects interest rates to increase, he sees a limit to the Federal Reserve's aggressive action.

"The market has priced in five or six increases this year alone. What's hard to think about is whether the Fed will raise rates into a slowing economy and a melting-down financial market," he said. "My guess is they'll chicken out at some point."

Klarman also said that he expects the U.S. dollar to remain strong and be the world's dominant reserve currency.

Although rising interest rates and a strong U.S. dollar are strong headwinds for gold, Klarman said that he is still a fan of the precious metal. He said that it remains a store of value and a safe-haven hedge.

"I think gold's valuable in a crisis. If the world turns to hell, the war expands and gets worse, God forbid a nuclear weapon is used, I think people are going to say: 'How do I know what anything's worth anymore? I'm going to make sure I have some gold because I don't want to not have money at a time of desperation.' It may never come to that, but I think it's prudent to have a little bit of your portfolio in gold," he said.

Turning to cryptocurrencies, Klarman said that it is not something investors should own.

"I can't see the point of crypto," he said. "It has this feel to me of being like catnip for techies. The idea that we're using more energy than the country of Iceland, to mine extra crypto, to solve math problems that don't need to be solved, seems crazy to me."