Focus on recession: next week is all about this level for gold price – analysts 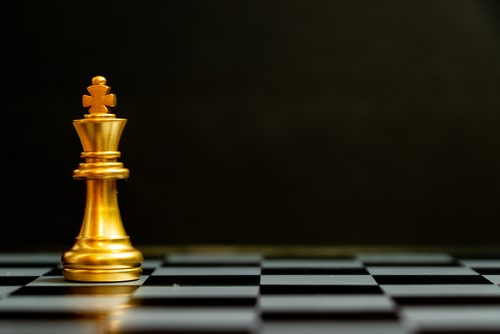 (Kitco News) Signs of peak inflation and slower growth are reviving risk-on sentiment in the marketplace. And that comes with hopes that the Federal Reserve might not need to tighten as much as previously thought. But for gold, that has translated into more sideways trading as it nears a key $1,800 an ounce level.

Investors are noticing recession signs in the day-to-day macro data, shifting the narrative from inflation fears to slower growth concerns. And that alters the ultra-hawkish expectations from the Federal Reserve.

"Central banks are delivering aggressive rate hikes, which is starting to lead to a much weaker consumer and more recession calls. There's no clear-cut consensus. How hard will this recession be? What is the overall outlook for the Fed policy? There are too many variables. And markets are overreacting to any shifts in inflationary expectations," OANDA senior market analyst Edward Moya told Kitco News Friday. "If we see further signs of that peak inflation, that will provide some broad relief for risky assets. It can be a complication for gold. If gold is going to be more of a safe haven, will it also appreciate when we see risk-on sentiment return?"

Demand destruction will signal a potential peak in inflation in the U.S., which is what investors are keeping a close eye on, Moya added.

"We really need to see how weak the U.S. consumer is getting. This is going to dictate what will force the Fed to change its tightening pace," he said. "We are likely to see a choppy dollar trade. Should support consolidation in gold. If we start to see demand for Treasuries improve, that should drive down Treasury yields on the long end of the curve, and that should be good for gold."

If inflation is peaking, investors will turn their attention to how the economy is performing. For gold, a potential recession means a steady trading pattern at the very least, Gainesville Coins precious metals expert Everett Millman told Kitco News. "Gold is looking to consolidate and trade sideways. It is what gold is supposed to do in terms of wealth preservation," Millman said.

The next quarterly GDP report is the macro indicator to watch as this unfolds. This is important becomes it follows the Q1 number, which was a contraction of 1.5% in the U.S. growth.

"That will confirm or reject whether or not we are by technical definition in a recession. Two straight quarters of negative growth will catch a lot of attention. It would be positive for gold. The initial reaction could be gold heading lower as hedge funds or large institutions liquidate their positions. But demand from the regular investments will tick up, and gold will rise," he explained.

Most expect the Fed to hike by another 75 basis points in July, with some starting to price in just 50 basis points after that, Moya added. "Slower pace for tightening is already being considered. That's also good news for gold. Gold will perform more like a safe haven this summer than more people are anticipating. Gold won't break below this year's low," he said.

Unbalanced growth outlooks are also something to monitor, with the U.S. likely to see a mild recession while growth abroad is still a big question mark. This environment should encourage "tremendous new demand for safe havens like gold," Moya added.

"It is trending below some key technical levels. I want to see $1,800 hold. It will be important to see if that is the case," Moya said. "Gold has been consolidating. A lot of it had to do with the U.S. dollar run, which has been troubling for gold."

So far, $1,800 has been a vital support level. If gold were to break below that, a big selloff could be in store, Millman stated. Meanwhile, the upper end of the $1,850 an ounce level has been acting as a stubborn resistance level.

For gold to break out of its trading range to the upside, it must clear the $1,850 mark first and then the $1,870 an ounce level. "In an outright recession, gold can break $1,900 partly because, as far as COMEX is concerned, if we see a sudden uptick in demand, the gold futures market doesn't have enough gold on hand to meet demand. Prices would rise pretty rapidly," Millman added.