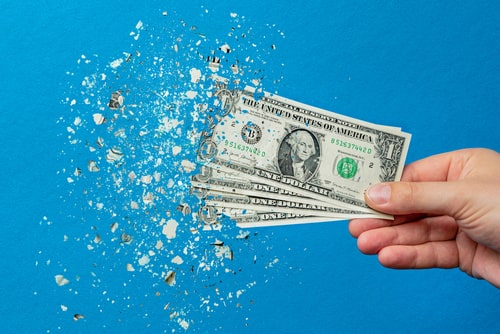 (Kitco News) The top economies of the world are at a tipping point. If inflation becomes entrenched, it will trigger "a major paradigm shift," the Bank for International Settlements said in its annual report.

The BIS warned that a high-inflation environment would make swift price increases the new normal and extremely hard to reverse.

"We may be reaching a tipping point, beyond which an inflationary psychology spreads and becomes entrenched. This would mean a major paradigm shift," the Sunday report stated.

Many countries are already on that path, which is why the BIS sees the central banks as not doing enough despite aggressive rate hike cycles from many across the globe, including the Federal Reserve.

The Fed surprised the markets in June, raising rates by 0.75% — the biggest increase since 1994. Powell also noted that another 0.75-percentage-point hike is possible in July, adding that the so-called 'softish landing' now depends more on external factors like commodity prices.

The BIS, however, is raising the alarm, noting that an "inherently stagflationary" shock is hitting the world economy, citing high commodity prices, supply chain problems, and rising shortages, which are all somehow related to Russia's invasion of Ukraine.

"A major paradigm shift" the report refers to would involve parting with the world where inflation used to be reasonably stable, which gave the central banks freedom to ignore temporary price spikes in commodity prices.

In the new world of entrenched inflation, "price changes are much more synchronized, and inflation is much more of a focal point for the behavior of economic agents, exerting a major influence on it," the report described. "Agents redouble their efforts to protect themselves from losses in purchasing power or profit squeezes, both actual and, increasingly, prospective ones. And wage negotiations tend to become more centralized, while demands for indexation proliferate and contract lengths shrink."

To avoid this scenario, "some pain will be inevitable," according to the report. But problems associated with entrenched inflation "far outweigh" the short-term pain of bringing it under control, the BIS added.

"This puts a premium on a timely and decisive response. The overriding priority is to avoid falling behind the curve, which would ultimately entail a more abrupt and vigorous adjustment. This would amplify the economic and social costs of bringing inflation under control," it said. "Stagflation risks loom large, owing to high inflation, the war in Ukraine, and slower growth in China. Pre-existing macro-financial vulnerabilities magnify the risks, which could disrupt financial systems and strain emerging market economies."

Last week, the BIS pre-released a chapter of this report that focused on the future of monetary policy. The conclusion was that "anything that crypto can do, CBDCs [central bank digital currencies] can do better."

According to the BIS, the future of money is all about CBDCs. And that's because of all the crypto flaws, especially after what was revealed following the most recent crash.