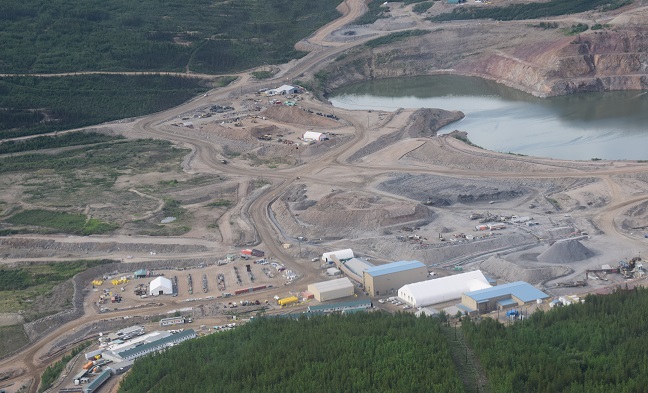 (Kitco News) - Canada's Yukon Territory is historically known for its prolific gold production; however, the territory is also home to potentially a tier-one copper district known as the Minto Copper Belt.

The area already has one copper producer, with Minto Mines' underground operations producing a record 9.1 million pounds of copper in the first quarter of this year.

According to mining executives exploring the area, Minto's operations are just a fraction of the region's potential. 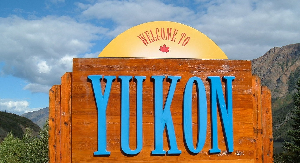 Minto recently showcased its operations during the Yukon Mining Alliance Investment Conference and property tours. Although the mine has been around since 2007, the company is relatively new, going public in November 2021.

The new focus on copper in Canada's northwestern territory comes as analysts and economists continue to see long-term demand for the base metal as the world transitions to green renewable energy. All the metal Minto produces is sold to Sumitomo in Japan.

In the last 15 years, the mine has produced 500 million pounds of copper. David Benson, Vice President of Exploration at Minto, said that the company has embarked on a busy drill program as they look to unlock the property's full potential.

"Half of the Minto property has not been fully explored," he said. "There is incredible opportunity to find new resources.

Currently, the mine produces around 3,200 tonnes of ore per day; Benson said they plan to push production up to 4,000 tonnes by next year as they open access to other deposits on the property.

However, Minto is just one project in a district that could potentially span 85 kilometers. At the south end of the belt, Granite Creek Copper is currently exploring and developing its Carmack project, which it acquired in 2019.

Johnson noted that most majors won't look at a project with less than one billion pounds of copper; however, both Minto and Granite Creek have a combined resource of a billion pounds, just with two projects.

Not only is copper demand expected to grow exponentially, but Johnson noted that environmental and social governance make the Yukon an attractive place.

"You don't find these underdeveloped districts anywhere in the world, outside of the [Democratic Republic of the Congo], which doesn't have the best ESG standards. The Yukon is one of the world's top mining jurisdictions," he said.

Although analysts expect demand for copper to grow, the industrial metal is struggling in the face of increasing economic headwinds. Copper prices have dropped below $4 a pound and are trading at their lowest point since February 2021.

Although recession fears are growing, Johnson said that it is only a matter of time before prices turn higher again.

"The world needs more copper and the only way projects are going to get developed is if prices go higher," he said.

Benson said that in the short-term, copper prices could fall below $4 a pound; however, he added that he is optimistic about the industrial metal.

"The future is all about green energy and you won't have that without copper," he said.

Willem Middelkoop, the Founder of the Commodity Discovery Fund, attended the Yukon mining conference and told Kitco News that while copper prices have room to fall further, the metal should still be well supported even in a recession.

"You cannot stop the EV evolution and that will drive copper demand," he said.

Midddelkoop also noted that if a recession hits, governments worldwide will be quick to introduce new spending measures on infrastructure, which will add to the growing demand for copper.

"The future for copper is very bright," he said.