Fed's Powell: There is a risk the Fed could go too far, but clock is running to bring inflation down 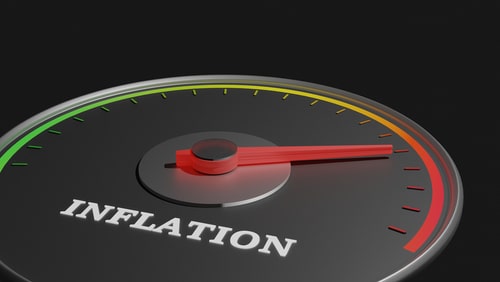 (Kitco News) There is a risk the U.S. central bank will go too far with its rate hike cycle when battling inflation, but the bigger risk would be failing to restore price stability, said Federal Reserve Chair Jerome Powell.

Powell explained that the severe threat to avoid is a more permanent transition from a low to a high inflation regime.

The U.S. had a low inflation regime for many years - an environment where no one pays attention to inflation because it doesn't matter much. And when there was a big inflationary spike, the Fed could ignore it because it would usually be temporary.

But now, because of a series of shocks, the clock is ticking to get inflation under control. Otherwise, it could become too entrenched.

"It does become rational for people to pay more and more attention. And the clock is running on how long will you remain in a low inflation regime where most of the changes in inflation are idiosyncratic as opposed to broadly across the macroeconomy," he said. "The risk is you start to transition into a higher inflation regime. And our job is to prevent that from happening. We will not allow a transition from a low inflation environment into a high inflation environment."

#Powell: a revision of the world into competing camps vs. globalization sounds like lower productivity and lower growth. Slower growth is a possible and likely outcome. #FED

The U.S. has had high inflation for more than a year, and it would be "bad risk management" to just assume that those longer-term inflation expectations "will remain anchored indefinitely in the face of persistent high inflation," Powell added.

Getting inflation back to the Fed's 2% target will involve "some pain," the Fed chair reiterated, but noted that "the worst pain would be from failing to address this high inflation and allowing it to become persistent."

As Powell spoke, gold lost all of its daily gains reported following the disappointing final Q1 GDP reading out of the U.S. At the time of writing, August Comex gold futures were trading at $1,817.70, down 0.19% on the day.