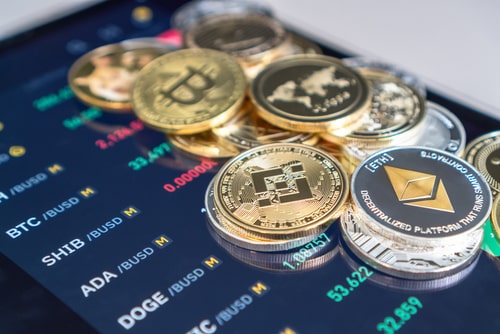 (Kitco News) The world's largest cryptocurrency is down 40% in June, ending the month below its key level of $20,000. The markets are downbeat as the focus shifts to rising recession fears and more contagion risks in the crypto space.

Bitcoin touched a low of $18,917 on Thursday, with markets digesting the somewhat cooler pace of the Fed's preferred inflation measure and lower real personal consumption in May.

Also fresh on everyone's mind was Federal Reserve Chair Jerome Powell's comment that the U.S. central bank could go too far with its rate hikes when battling inflation. But, according to Powell, the bigger risk would be failing to restore price stability.

More specific to crypto, Grayscale Investments announced that it was suing the U.S. Securities and Exchange Commission (SEC) after the company's spot Bitcoin ETF was rejected by the regulator.

According to the SEC, Grayscale's application failed to meet the standard designed to prevent fraudulent practices and protect investors.

There were also growing contagion risks that continued to plague the crypto market. In the latest barrage of bad news, crypto hedge fund Three Arrows Capital (3AC) has fallen into liquidation. This came after crypto broker Voyager Digital sent a default notice to 3AC on Monday after the hedge fund failed to make payments on its loan of 15,250 Bitcoin, approximately $324 million, and $350 million worth of USDC stablecoin.

"There are probably a few more to come in the next month or two," Pantera Capital's CEO Dan Morehead wrote in a note. "Each bankrupt leveraged entity leaves a string of problems for their counterparties."

"In the U.S., consumer sentiment is now lower than what it was during the GFC (Global Financial Crisis) in 2008, shown by the University of Michigan Index of Consumer Sentiment. This gives further indication of growth slowing in the U.S. in the coming months, coinciding with elevated inflation," said GlobalBlock analyst Marcus Sotiriou. "A recession may not be fully priced in by most investment fund analysts … Hence the following months could result in iterations of lower earnings revisions. If this is the case, equities could be forced lower and bring crypto along too."

However, not all see crypto following in the footsteps of U.S. stocks for much longer.

Morehead noted that crypto could decouple from risk-on assets this year. "It may take a few more months for blockchain to decouple, but when the dust settles, I can easily see a world where bonds, stocks, real estate, and everything with a discounted cashflow is down -- and blockchain, commodities, oil, gold, and other things that are truly not connected to rates, are up a ton," he wrote.

Sigma Lithium triples NPV to US$15.3B at its Grota do Cirilo project in Brazil