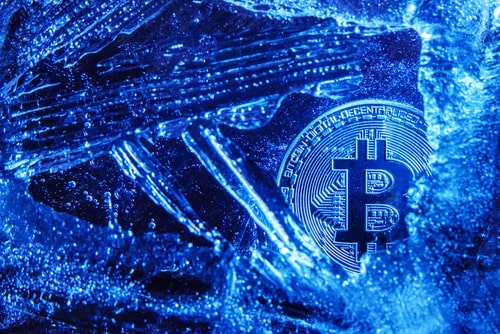 (Kitco News) The crypto bear market is directly impacting the still very new industry, with Bank of America reporting a more than 50% drop in the number of active crypto users between its peak of one million in November and just 500,000 users in May.

The bank cited internal data, pointing out that the decline began long before the massive selloff in June. Also, according to the bank's survey, negative sentiment towards crypto increased between April and June as the overall crypto market cap tumbled below $1 trillion following broad selloffs, contagion risks, and the TerraUSD collapse.

"The Bank of America survey of the U.S. general population found that sentiment towards cryptocurrencies soured between April and June, with a rise from 21% to 30% in those saying they haven't invested and have no plans to do so," the bank said. "Relatively few people view crypto assets as a reliable long-term investment."

The bank ran the survey in April and June with a sample size of just over 1,000 people each time.

And given how much attention crypto has been getting over the past couple of years, a surprising statistic was that nearly 70% of the U.S. population has not invested or is not interested in crypto.

"Almost 70% of the population have not invested in or are not interested in investing in cryptocurrencies," the bank said. "The recent declines in crypto valuations and negative headlines appear to be having an impact, as there was a jump between April and June in the proportion of survey respondents saying they haven't invested in crypto and are not interested in doing so, as well as a decline in the proportion of the population who indicated that they use or invest in cryptocurrency and plan to continue."

Between April and June, there was also a jump in respondents who had "very negative" reactions to cryptocurrency. On the other hand, there was a decline in those who were "very" or "somewhat positive."

"Many consumers have not participated in crypto markets, and if anything, their inclination towards doing so has waned over the last few months," the survey concluded.

Those who remained active participants in the crypto space described doing it mostly "for fun" or to "keep up with latest trends."

"Relatively few say [they] view it as a reliable long-term investment," the survey added.

The BofA analysts noted that a drop in overall participation could hurt the crypto market, but they are not ready to make any specific projections.

"If crypto markets recover, then perhaps there will be a re-engagement in them amongst the public. It is too early to be sure on this, but the drops seen in these markets may make some more wary of them in the future," the survey noted.