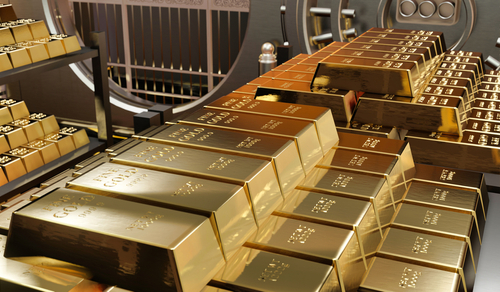 (Kitco News) Central banks worldwide bought gold for the second consecutive month in May, stepping up their precious metal purchases, according to the latest data from the World Gold Council (WGC).

Central banks added 35 metric tons to the global gold reserves in May after buying 19.4 tons in April.

The biggest gold buyers were Turkey with additional 13 tons, followed by Uzbekistan with nine tons, Kazakhstan with six tons, Qatar with five tons, and India with four tons.

The only significant central bank seller was Germany, which reduced its gold holdings by two tons in May. The selling was likely because of "its longstanding coin-minting programme," the WGC said.

June is also looking very positive for central bank gold buying, with the Central Bank of Iraq (CBI) announcing that it bought 34 tons of gold in June, which raised its precious metal's reserves to just over 130 tons.

"This is the first significant gold purchase from the CBI since September 2018 (6.5t). This is not yet reflected in IMF data, but we will add this to our statistics next month," the WGC said.

Year-to-date, Turkey has dominated the gold-buying space with its purchase of 56 tons of gold in 2022, followed by Egypt, which bought 44 tons, and Iraq, which acquired 34 tons.

The Central Bank of Bolivia (BCB) also proposed a new law in June that would allow it to become the sole buyer of domestically-produced gold.

The May numbers support the WGC's earlier survey findings, which showed that 25% of the participating central banks intended to increase their gold reserves in the next 12 months, up from 21% reported in 2021.

"It shows that gold's performance during a time of crisis and its role as a long-term store of value/inflation hedge are key determinants of central banks' decision to hold gold," the WGC said.