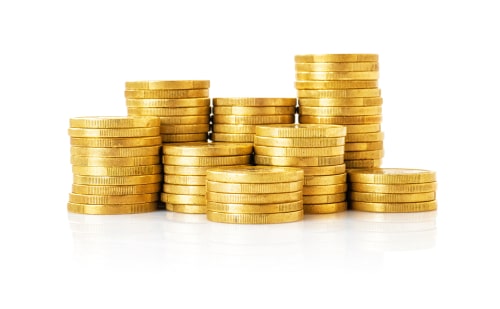 (Kitco News) Zimbabwe's central bank will start selling gold coins later this month to try and tame inflation by providing a store of value to the country's plunging currency and giving the population an alternative to the U.S. dollar.

The one troy ounce 22-carat gold coin will be called 'Mosi-Oa-Tunya' and will be available starting July 25. The name means "Smoke that Thunders," referencing Victoria falls.

"Each coin will have a serial number," Zimbabwe's central bank said in a press release. "Upon purchase, the buyer shall take physical possession of the coin and be issued with a Bearer Ownership Certificate. The buyer or holder of the coin may opt to place it in the custody of bankers of own choice in which case a safe custody certificate/receipt will also be issued."

According to the central bank's governor John Mangudya, gold coins can be bought with local currency, the U.S. dollar, and other foreign currencies. The price will be set based on the international price of gold and production costs.

The owners of the gold coins will be able to convert them into cash or trade them. The gold coins could also be used for transactional purposes and as a security for loans.

The coins will be sold by Fidelity Gold Refinery, Aurex and local banks, according to the press release.

Surging inflation and currency devaluation have made things difficult for Zimbabwe's population. The country's annual inflation was nearly 192% in June.

Zimbabwe's central bank was forced to more than double its policy rate from 80% to 200%, a new record.

"The monetary policy committee expressed great concern on the recent rise in inflation," central bank Governor John Mangudya said last week. "The committee noted that the increase in inflation was undermining consumer demand and confidence and that, if not controlled, it would reverse the significant economic gains achieved over the past two years."

Zimbabwe also revealed plans to adopt the U.S. dollar as legal tender for the next five years to stabilize the country's exchange rate. This is the second time in more than a decade that Zimbabwe is legalizing the greenback as legal tender.

"Government has clearly stated its intention of maintaining a multi-currency system based on dual use of the U.S. dollar and the Zimbabwe dollar," Finance Minister Mthuli Ncube said last week.