HONG KONG, July 6 (Reuters Breakingviews) - President Joe Biden is leaning toward dropping some of the tariffs read more applied to $350 billion worth of Chinese goods. Unless he drops them all — which would alienate worker unions he needs for re-election — it won’t do much to cool inflation given much of it is driven by rising costs of energy, groceries and labour, which aren’t purchased from China for the most part.

Economically speaking, it won’t do much for the People’s Republic either. Much of the costs of tariffs were swallowed by U.S. importers, and at the same time American demand for Chinese products will cool as inflations eats into disposable incomes and recession looms. To compensate for any easing of restrictions, Biden is likely to deploy harsher, targeted measures against Chinese strategic industries.

Wall Street, one of the only U.S. industries to sustainably benefit from Beijing’s trade liberalisations, may benefit. Goldman Sachs (GS.N), Morgan Stanley (MS.N) and other big banks were cleared to take over key joint ventures, but some license applications for fund management and other services by JPMorgan (JPM.N), AllianceBernstein (AB.N), VanEck and others have remained pending as relations cooled. Any easing of diplomatic tensions might see that backlog cleared. (By Pete Sweeney) 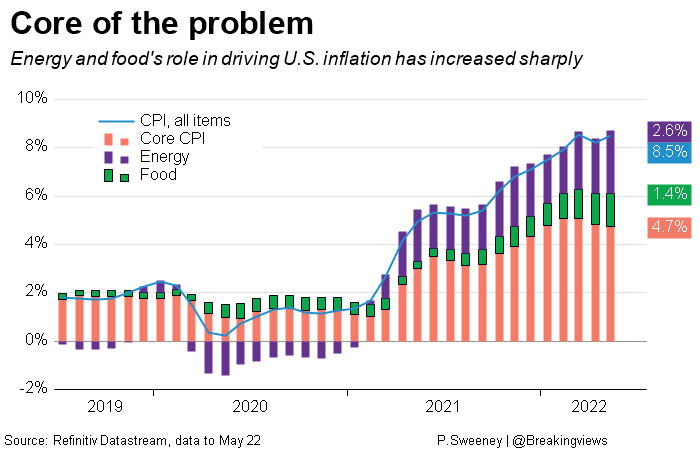 Kohl’s goes back on the shelf read more

Editing by Una Galani and Thomas Shum
Disclaimer: The views expressed in this article are those of the author and may not reflect those of Kitco Metals Inc. The author has made every effort to ensure accuracy of information provided; however, neither Kitco Metals Inc. nor the author can guarantee such accuracy. This article is strictly for informational purposes only. It is not a solicitation to make any exchange in commodities, securities or other financial instruments. Kitco Metals Inc. and the author of this article do not accept culpability for losses and/ or damages arising from the use of this publication.
new