Is Bitcoin's selloff over? One veteran trader issues this warning after predicting the 2018 crypto crash 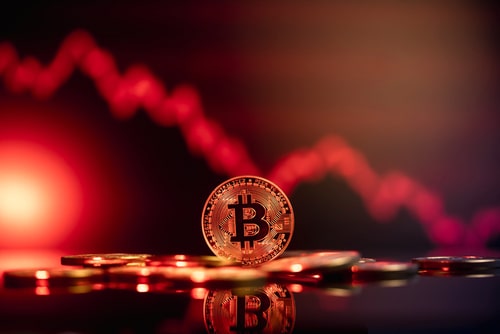 (Kitco News) Despite steadying around the $20,000 level, Bitcoin might not be done with its dramatic descent, according to one veteran trader.

Famous trader and author with nearly 700k followers on Twitter, Peter Brandt, issued a warning on Bitcoin, indicating that the world's largest cryptocurrency could have more to fall.

A pennant trading pattern is a continuation chart pattern. It usually points to consolidation after a significant move up or down, followed by a move in the same direction.

For Brandt, this is a sign that Bitcoin is still in a downtrend, and it is too early for a sustained recovery.

One potential precursor to Bitcoin's recovery could be its market dominance. Once Bitcoin reaches 50% in terms of its crypto market dominance, it would be a positive sign for prices, Brandt explained last week.

At the time of writing, Bitcoin's market cap dominance was at around 41%, according to CoinGecko.