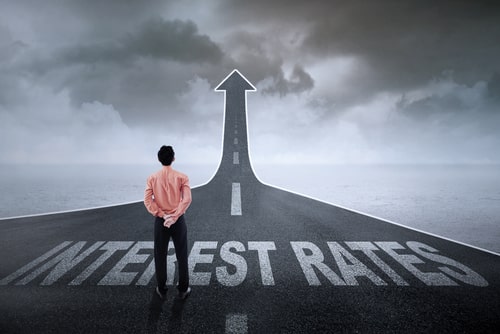 Inflation is still a short-term problem, according to Wood. And this becomes clear when investors start paying closer attention to how gold, the U.S. dollar, and yields have been trading, Wood said during her webinar Tuesday.

In June, the Fed raised rates by 75 basis points to a range of 1.5%-1.75%, the most significant one-time hike since 1994. And later in July, it is expected to raise rates by another 75 basis points, with the CME FedWatch Tool pricing in the probability of that happening at 90.6%.

The Fed's commitment to the tighter monetary policy comes when inflation runs at 40-year highs. And the latest U.S. annual inflation numbers will likely show continued acceleration to 8.8% in June after posting 8.6% in May, according to market consensus calls. The data will be released Wednesday morning.

However, Wood argued that the Fed should be worried about deflationary forces. "There are all kinds of deflationary signals, which are going to force the Fed, we think, to pivot and reverse its policy," Wood noted.

The deflationary signals include trading patterns of gold, the U.S. dollar, yields, oil, and copper.

Gold, often viewed as an inflation hedge, has tumbled below the $1,723 an ounce level, down around 12% in the last three months. This trading pattern does not support the inflation narrative, Wood pointed out.

Gold has been "one of the most reliable inflation gauges out there," and it has "broken down to the low end of its range," she said. "That will confirm in my mind that deflation is the greater risk here, not inflation," Wood stated when talking about gold prices.

She added that the latest dollar strength is even a bigger sign of deflation, noting that the U.S. dollar index is trading at 20-year highs. "[This is a] total anti-inflationary force," Wood said.

Also, the 10-year Treasury yield is still below 3%, and oil is down more than 20% on the month. "Even oil is starting to break despite what's going on in Russia because the global economy is in recession. So, demand has not gone higher than 2019 levels. It is supply that had been hit. Now at $96, oil is down 22% on a month-to-month basis," she pointed out.

Copper is another example, with the metal acting as a gauge of real activity and inflation. "[There is a] huge breakdown… We're at $3.29 now, that is down 25% month-to-month, and it is down 25% year-over-year," she said.

All these things point to the inflation problem as overblown, Wood told investors. "If we are right and inflation unwinds pretty dramatically during the next six months, that should help growth," she said.

ARK Invest's CEO disagrees that inflation is embedded within the broader economy and sees inventory problems resolving within the next few months. "I really think this is more of an inventory problem," she said. "I think we could be out of this when economists are finally declaring it a recession. That's about how bad the call has been out there that inflation was embedded and recession was a question mark."

Wood's disruptive technology picks have experienced some of the biggest losses during the first two quarters as stocks saw broad selloffs. The ARK Innovation ETF is down 53% year-to-date.