Will U.S. CBDC come about from crypto failures and will it be sovereign? CBDC expert weighs in 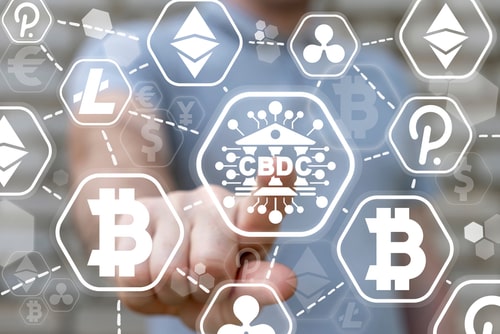 (Kitco News) The recent trend taking over the currency world is CBDCs — central bank digital currencies. And with many countries looking to adopt their own versions, sovereign currencies will be the only option looked at, not new technologies acting as currencies, according to one expert on digital currencies.

Contrary to what many say, money is more of a legal doctrine, Jonathan Dharmapalan, CEO of eCurrency, told Kitco News. eCurrency provides technology for central banks to issue and distribute CBDCs.

"It's the law that makes currency; it's not necessarily tech. The laws of the United States say that the currency of the U.S. is the dollar. And then, it goes on to define how that dollar is created, how it's put into circulation, that it is legal tender, that it can be used to settle debts, and it's illegal to counterfeit. It is the base law of every country that creates currency," Dharmapalan said in the interview. "And when money becomes digital, that same base law will define what that digital money is."

This is why Dharmapalan agrees with Federal Reserve Chair Jerome Powell's recent comments that a digital dollar should be government-guaranteed money, not private money.

"If there's going to be a digital currency, it's going to be a sovereign currency," Dharmapalan said. "Fundamentally, the instrument that is issued is being guaranteed by the instrument's issuer. And governments have a huge base of assets and the ability to meet liabilities that private entities don't have."

The latest data from the Atlantic Council's CBDC tracker show that 105 countries are exploring a CBDC. This is a massive surge from two years ago when only 35 countries looked into the idea. On top of that, ten countries have already launched a CBDC, and 50 are in an advanced exploration phase.

However, comments from U.S. officials have indicated that they are not in any rush to launch a CBDC. U.S. Treasury Secretary Janet Yellen said in April that when developing a CBDC, the design and implementation will take years, not months.

In the meantime, the Fed has been accepting public input on the topic until May 20. In its discussion paper on the digital dollar released in January, the Fed said: "The Federal Reserve will only take further steps toward developing a CBDC if research points to benefits for households, businesses, and the economy overall that exceed the downside risks, and indicates that CBDC is superior to alternative methods," the report stated.

The processes that involve the creation of a CBDC haven't been discussed in decades.

"It even goes back to the greenback and the creation of the first central bank of the United States, which dissolved because Congress didn't extend its existence, and then eventually the creation of the Federal Reserve," Dharmapalan said. "But if you go back and look at the laws that create physical currency, it's pretty straightforward. Congress passes the laws and says these things are called the United States dollars. But of course, they didn't anticipate the possibility that it could come in a digital form."

Powell stated that the Fed would wait for Congress to tell the U.S. central bank that there would be a digital U.S. dollar before pursuing anything concrete. "It's not the United States dollar unless Congress says it is," Dharmapalan added.

After that, the laws around the creation of physical currency go to the Secretary of the Treasury. "So you could argue that a digital dollar will be the same. And the authorities to mint it will go to the Treasury. Then from there, the Fed puts the money into circulation," he said. "If I was to predict how a United States dollar will ultimately work in digital form, the same processes will apply."

But to get a digital dollar in the U.S., there needs to be political will that comes from the people, Dharmapalan pointed out.

"We are starting to feel the pressure building that says that people are transacting a lot more digitally. And people who are not financially included are struggling more and more to transact digitally," he said. "Once we have the political will to do it, it'll move. It will come from people. And maybe that will come from a few failures we have seen with stablecoins and the great promise of crypto that doesn't hold out."

One big red flag around CBDCs, especially in the example of China's digital currency, is privacy. This is why privacy and security must be inbuilt features within the technology itself and be part of the laws, according to Dharmapalan.

"If we are going to create a central bank digital currency, we have to respect not just the security of the currency, but the security of the public. Our privacy laws can't allow the central bank or any arm of the government to snoop on our public. So whatever CBDC we create better not violate that value or that law. We see privacy and security as features of a CBDC, not necessarily a trade-off," he noted.