This is how Bitcoin benefits in this crypto bear market 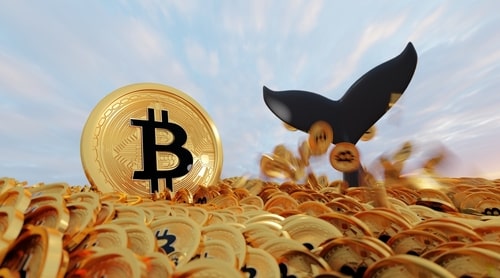 (Kitco News) Bitcoin might come out of this crypto winter with a bigger market share as investors rotate back into the world's largest cryptocurrency from other altcoins, according to OSL's managing director and head of Americas Fernando Martinez.

Bitcoin is already the most recognizable cryptocurrency in the space. But following this bear market, it can gain even more dominance.

"We've seen a big rotation from altcoins into Bitcoin. Right now, Bitcoin is trading at more than 40% market dominance. And we expect that to continue to increase as we embrace this bear market," Martinez told Kitco News in a recent interview.

June was a terrible month for Bitcoin, which plunged 40% and ended the month below the $20,000 level. Since then, Bitcoin has steadied and risen above $23,000. However, the bear market is still in place as investors shift their focus from inflation to recession fears and more contagion risks in the crypto space.

"A lot of the active traders in Bitcoin are trading the ranges. On altcoins, they are staying away because they are not as predictable as Bitcoin itself," Martinez described.

In this environment, high inflation numbers no longer surprise investors. This is why Bitcoin is positioned well for the crypto winter - its ability to eventually become a reserve asset and end its correlation with the risk-on assets.

That correlation is already on its way down, Martinez pointed out. "If you take a look at the correlation between Bitcoin and the NASDAQ 100, it was at all-time highs in February. Right now, it's not that predictable anymore, and it will continue to decouple. But for the protocols, which are the higher beta type of assets, it is going to be risk-on/risk-off," he said.

When analyzing trading activity, it is important to separate Bitcoin from the protocols and applications.

"All of those three categories trade extremely different. And you cannot think that they pose the same risk. For example, the DeFi space saw a complete loss of interest. In November, DeFi used to have $150 billion in total value locked. Right now, the total value locked is $30 billion," he said.

However, Bitcoin's decoupling from risk assets will take time. Martinez noted that OSL's recent survey revealed that institutional clients see a bigger chance of Bitcoin decoupling than the retail side.

"Only time will allow Bitcoin to mature. However, right now, the market sentiment is completely risk-off," he said.

In terms of long-term price direction, Martinez is bullish. "In the next five years, we can see Bitcoin as one of the top five currencies of the world," he said.

Martinez is also very optimistic about Ethereum, noting that it is the strongest protocol. "It survived several cycles. It's got massive adoption. There are some constraints that they need to tackle with the Merge. But we are extremely bullish there," he said. "Outside of that, the other protocols still have much to prove."