Why did gold price outlook just change? All eyes on next week's employment report 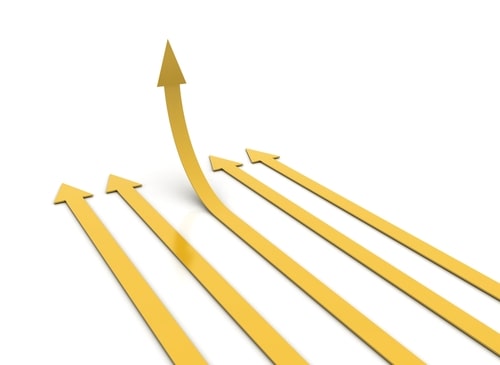 (Kitco News) Gold rallied in response to the repricing of Federal Reserve rate hike expectations after the July FOMC meeting, but gold is not out of the woods just yet, with analysts not ruling out a drop back to $1,700.

After raising rates by 75 basis points on Wednesday, Fed Chair Jerome Powell said another oversized super hike would be possible in September. Still, it all depends on the fresh rounds of macro data. And before the September meeting, there will be two rounds of inflation and employment data prints to digest.

Powell also signaled that after hiking rates by 150 basis points in just 40 days, the Fed is now at neutral, which means that the Fed could soon start slowing its rate hike pace.

"Now that we're at neutral, as the process goes on, at some point, it will be appropriate to slow down. And we haven't made a decision when that point is, but intuitively that makes sense. We've been front-end loading these very large rate increases. Now we're getting closer to where we need to," Powell told reporters.

Data-wise, signs point to still problematic inflation numbers and a slowdown in the economy.

The Fed's preferred inflation gauge - the personal consumption expenditures price index - rose 6.8%, the most significant annual increase since the 6.9% posted in January 1982, the Bureau of Economic Analysis said Friday.

The U.S. second quarter GDP also shrank 0.9%, marking the second quarterly contraction in a row and meeting the technical definition of a recession.

"Between now and the 21 September FOMC meeting, there are two U.S. job reports, two inflation prints and the Jackson Hole annual symposium. Consequently, it isn't surprising that the Fed chose to be vague in its forward guidance after hiking rates by 75bp on Wednesday," said ING's chief international economist James Knightley. "The Federal Reserve has made it clear it is prepared to sacrifice growth as it looks to beat inflation down toward target, but now that the U.S. is in a technical recession and is seemingly headed toward what might be termed a 'real' recession with rising unemployment and falling consumer spending, we expect the Fed to pivot to 50bp hikes in September and November."

All eyes will be on the U.S. employment data from July next week, which is expected to confirm a slowdown. Economists' consensus calls are looking for the economy to have added 250,000 new jobs in July after adding 372,000 in June.

"There are still two vacancies for every one unemployed American, and small businesses are crying out for staff, so we suspect that it will be a lack of supply that holds back the figure. With unemployment remaining at just 3.6%, wages still growing at around 5% year-on-year, and inflation just shy of 10%, the Fed will continue hiking for now," Knightley said.

However, the weaker ISM reports next week out of the U.S. are likely to confirm that the economy is slowing, which is why the Fed could tighten policy "more modestly in the coming months," he added.

What it means for gold

After the Fed's announcement, gold went on a short covering rally.

"Gold prices are flirting with levels that could trigger a significant short covering. Chair Powell catalyzed the short covering rally by tying another 'unusually large' 75bp hike to data, which places a high bar for another jumbo-sized hike given the slowing trend in data," said TD Securities' commodity strategists.

However, for a more permanent shift in trend, gold needs to close above $1,785 an ounce, the strategists noted.

At the time of writing, December comex gold futures were trading at $1,779.90 an ounce, up more than $50 from its lows earlier in the week.

Yet, TD Securities believes markets might be relying on the Fed pivot a little too much, especially in light of the latest rounds of inflation data.

"We see risks that Fed speakers can push back against market expectations for an early Fed pivot. Gold markets are faced with a massive amount of complacent length held by prop traders, which still hold the title as the dominant speculative force in gold. We have yet to see capitulation in gold, suggesting the pain trade is still to the downside and we expect the recent rally will ultimately fade, facing a wall of offers," TD's strategists said.

Based on this, the bank said it is entering a tactical short position in gold with a target of $1,660.

"Gold markets are set-up for additional price weakness to ensue, considering that the massive inflows into gold ETFs continues to reverse, pressuring other speculative cohorts to unwind their bloated length in the yellow metal," the strategists said. "The massive complacent position built by other reportables since 2020 is at risk of joining into the liquidation vacuum, particularly as we approach their pandemic-era entry levels."

Other analysts are more bullish on gold, expecting the precious metal to perform well in a stagflationary environment.

"Stagflation is here to stay and that should be good news for gold prices. The U.S. economy is heading towards a recession and as long as Wall Street believes the Fed will deliver a slower pace of tightening, gold should start seeing safe-haven flows again," said OANDA senior market analyst Edward Moya.

One of the most challenging obstacles for gold has been a strong economy in the face of the Fed's aggressive rate hikes. But now that things are slowing, the outlook for gold is changing.

"Gold's biggest risk was that the economy was remaining robust and that the Fed might need to be more aggressive with rate hikes. The risk of a full-percentage rate hike by the Fed is long gone. Gold will face strong resistance at around the $1800 level. The lead up to the Jackson Hole Symposium could see gold settling between the $1725 and $1800 range," he said.