Gold is seeing a Fed-induced short squeeze, can it last 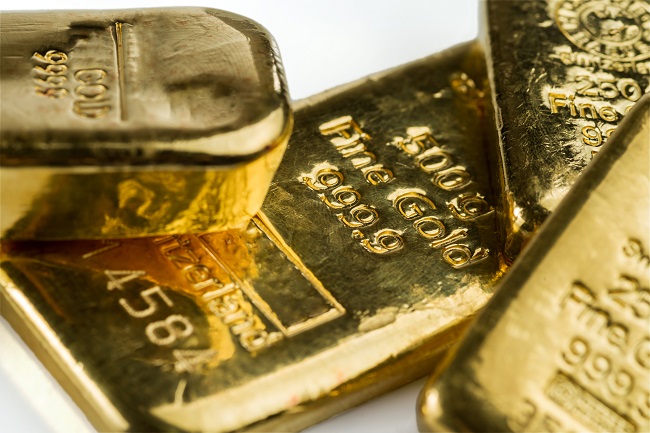 (Kitco News) - Sentiment is quickly shifting in gold and silver as hedge funds continue to increase their bearish bets ahead of the Federal Reserve's monetary policy decision last week, according to data from the Commodity Futures Trading Commission.

While the latest Commitment of Traders' reports shows a slight increase in bearish sentiment in gold and silver, some analysts note that the data is backward looking as prices have recovered, trading at a three-week high.

Analysts note that gold is seeing a relief rally as investors and traders expected the Federal Reserve to be much more hawkish last week. Analysts said that although the U.S. central bank is maintaining its aggressive tightening posture, there has been a slight shift in its stance.

Federal Reserve Chair Jerome Powell said that the central bank would be appropriate to slow the pace of rate hikes as the economy starts to react to its aggressive monetary policy.

"After the behemoth liquidations seen of late, and with Fedspeak seeing the market move away from pricing a 100bp hike, long positioning in the yellow metal quickly bounced back after prices breached the $1700/oz level. Furthermore, with the Fed raising rates 75bp, and Chair Powell noting the Fed could slow the pace of its hike at future meetings, gold bugs have received further respite as the resulting short covering has seen prices surge to end the week," said commodity analysts at TD Securities.

The CFTC disaggregated Commitments of Traders report for the week ending July 19 showed money managers increased their speculative gross long positions in Comex gold futures by 1,160 contracts to 92,216. At the same time, short positions rose at a faster clip, by 1,515 contracts to 111,309.

Gold's net short positioning increased by 19,093 contracts. During the survey period, gold prices briefly dropped below $1,700, hitting a one-year low. The gold market has seen its bearish positioning increase for the last five weeks. However, analysts noted that gold looked overbought and ripe for a short squeeze.

TD Securities, said that although prices have room to move higher, they have taken a tactical short position in gold as the market looks overbought following the Fed bounce.

"We enter into a tactical short position in gold, anticipating that a repricing in Fed expectations will exacerbate ongoing outflows in the yellow metal, leading to lower prices," the analysts said.

In a recent interview with Kitco News, Phillip Streible, chief market strategist at Blue Line Futures, said he would look at taking profits as gold prices pushed closer to $1,800 an ounce.

Streible added that markets could be a little too early in anticipating a pivot from the U.S. central bank. He noted that the latest inflation data shows consumer prices remain elevated, which could force the Fed to maintain its aggressive stance longer than expected.

Along with gold, hedge funds remain aggressively bearish on silver. The disaggregated report showed that money-managed speculative gross long positions in Comex silver futures rose by 310 contracts to 36,721. At the same time, short positions rose by 4,087 contracts to 54,539.

Silver's positioning is net short by 17,818, up 26% from the previous week. During the survey period, silver prices held support at $18 an ounce.

Similar to gold, silver has seen a solid bounce following last week's interest rate hike. Although the gold/silver ratio has dropped from its two-year high, it remains elevated at around 87 points.

Although silver prices are currently trading solidly above $20 an ounce, some analysts are concerned that the rally is not sustainable as the threat of a recession grows.

A recession would lead to lower industrial use for silver, which represents more than 50% of the precious metal's demand.