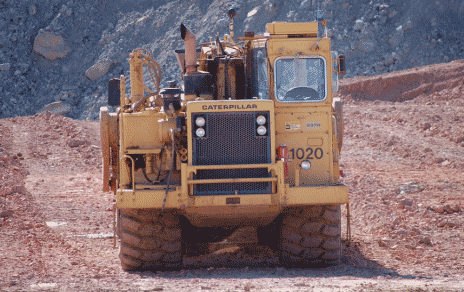 (Kitco News) - Signal Gold (TSX: SGNL) announced Wednesday that it has been advised by the Nova Scotia Minister of Environment and Climate Change that the Goldboro gold project has been approved.

The company said that this approval marks a significant milestone in the regulatory approval process, allowing Signal Gold to commence site-specific permitting processes including the Industrial Approval and Crown Land Lease and Mining Lease applications.

President and CEO Kevin Bullock stated, "Signal Gold is extremely pleased to have received the environmental approval for its Goldboro gold project, an important milestone that reflects the culmination of five years of environmental baseline monitoring and analysis. This approval marks an important milestone towards the development of Goldboro, which will have a significant socio-economic impact on the region and the province.

“We remain committed to working with Mi'kmaq, community members, regulators, and other stakeholders, as we progress towards the next steps to developing Nova Scotia's next gold mine, the largest private sector development project in the province."

According to a press-release, the Minister stated that he was "satisfied that any adverse effects or significant environmental effects of the undertaking can be adequately mitigated" through the terms and conditions outlined in the Environmental Assessment Approval dated August 2, 2022, as well as "through compliance to the other licenses, certificates, permits and approvals that will be required for operation".

The company said it is currently reviewing the terms and conditions and is also reviewing all comments provided by rightsholders and community stakeholders through the environmental assessment process. The company will provide an update at a future date on next steps as it progresses Goldboro towards development.

Signal Gold is a gold mining, development, and exploration company, focused in the top-tier Canadian mining jurisdictions of Nova Scotia and Newfoundland. The company is advancing the Goldboro gold project in Nova Scotia, a significant growth project subject to a positive Feasibility Study.

Signal Gold also operates mining and milling operations in the prolific Baie Verte Mining District of Newfoundland which includes the fully permitted Pine Cove mill, tailings facility and deep-water port, as well as ~15,000 hectares of highly prospective mineral property, including those adjacent to the past producing, high-grade Nugget Pond mine at its Tilt Cove gold project.