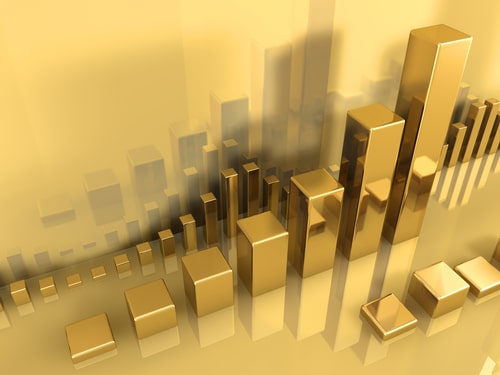 (Kitco News) Gold breached the coveted $1,800 an ounce level Thursday on increased geopolitical tensions between the U.S. and China. But the upcoming Friday's employment report could disrupt momentum, according to analysts.

Taiwan is at the center of the latest round of geopolitical tensions between the U.S. and China. On Thursday, markets were spooked by China firing several ballistic missiles around Taiwan in retaliation for U.S. House Speaker Nancy Pelosi's visit. China is also conducting aggressive military maneuvers.

"The aggressive tone emanating out of Beijing in response to Pelosi's visit to Taiwan has made for a classic safe haven play in recent sessions, with gold and Treasuries rising in tandem with the U.S. dollar and the Japanese Yen," said Han Tan, chief market analyst at Exinity Group.

This situation will continue to develop into the weekend, according to Marc Chandler, chief market strategist at Bannockburn Global Forex.

"China continues its military harassment of Taiwan, while U.S. President Biden pushes against a Senate bill that would recognize Taiwan as a 'major non-NATO ally' and boost its representation in international forums," Chandler said.

To read more about geopolitical tensions and their impact on gold, click here.

This has been an encouraging rally for gold after a stronger U.S. dollar triggered a selloff to $1,700 an ounce in July. On a technical basis, a close above $1,789 would be a solid sign of more gains to come, according to strategists at TD Securities. "We estimate prices closing above $1,789/oz would catalyze enough of a shift in momentum," they said Thursday.

However, the big obstacle is Friday's July employment report out of the U.S. "With nonfarm payrolls headlining the week tomorrow, our expectations of a stronger-than-anticipated report could quickly put a cap on the prevailing bullishness among gold bugs," TD Securities' strategists added.

Economists' consensus calls are looking for the economy to have added 250,000 new jobs in July after creating 372,000 in June.

Hawkish Fed speakers have also contributed to higher gold prices this week by pushing against the idea of the U.S. central bank pivoting from rate hikes.

"One after another, they stuck with the script that has been established. What we are seeing is a coordinated and well-crafted communication effort by the Fed. It is meant to leave no doubt as to the Fed's intent to keep hiking rates until inflation comes down, no matter the cost to growth and employment," said Win Thin, head of BBH Global Currency Strategy.

From the latest comments, Chicago Fed President Charles Evans said the U.S. central bank would likely keep using oversized rate hikes until it sees inflation coming down. "If you really thought things weren't improving…50 (basis points) is a reasonable assessment, but 75 could also be okay. I doubt that more would be called for," he told reporters Tuesday.

San Francisco Fed President Mary Daly also stated that inflation is still a problem. The Fed has "a long way to go" before it reaches its price stability goals, Daily said during an interview on LinkedIn. "We are still resolute and completely united," she said.

St. Louis Federal Reserve President James Bullard noted, "we still have some ways to go here to get to restrictive monetary policy."

What's next for gold?

Gold is looking to resume its rally after peaking above $2,000 an ounce back in March, according to a growing number of analysts.

"Gold appears more likely to resume its enduring upward trajectory and breach resistance at around $2,000 an ounce vs. sustaining below $1,700 support," said Mike McGlone, senior commodity strategist at Bloomberg Intelligence. "The most aggressive Fed tightening in 2022 since the 1980s has contained gold, and it's a matter of time before rate hikes subside, letting the metal resume its path of least resistance upward."

CNBC's Jim Cramer also updated his gold outlook this week, saying that now is the perfect time to get into the gold trade after what he described as a "bizarre period" for precious metals.

Cramer cited legendary market technician Larry Williams' chart analysis: "Williams finds that when small speculators get too bullish, it is almost always a sign that we are near a top. But when they get too bearish, it is almost always a sign that we got a bottom on our hands," Cramer explained. "According to the latest Commitment of Traders report, small speculators are net long 92,690 contracts for gold, which is their smallest long position since May of 2019, right before we got a major boost in gold."

Cramer's own view is not to bet against Williams when it comes to spotting a bottom on gold. "Charts suggest that gold could be ready to rally, and it might be the perfect time to do some buying," he reiterated.