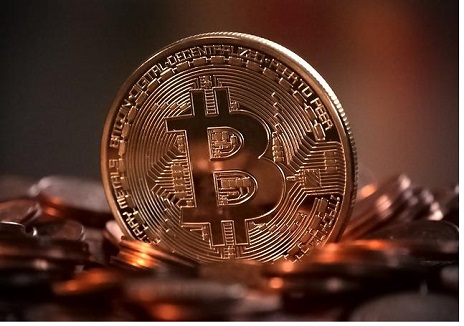 (Kitco News) - The lack of regulatory clarity around Bitcoin (BTC) and the cryptocurrency market is one of the biggest challenges the ecosystem faces as the majority of investors opt to play it safe and wait for the go-ahead from the government before investing in the nascent asset class.

On Wednesday, the leaders of the U.S. Senate's Agriculture Committee sought to remedy this issue by introducing the Digital Commodities Consumer Protection Act of 2022 (DCCPA). The bill was introduced by U.S. Senators Debbie Stabenow (D-MI), John Boozman (R-AR), Cory Booker (D-NJ) and John Thune (R-SD) with the goal of providing a mandatory framework designed to safeguard customers as well as financial markets.

Based on the text of the bill, Bitcoin and Ether (ETH) will be classified as digital commodities, and all crypto firms that are involved in the trading of these commodities will be required to register with the Commodities Futures Trading Commission (CFTC).

The bill also seeks to empower the CFTC to regulate spot markets for digital commodities, which would allow it to regulate the underlying assets itself rather than just the derivative of a commodity as it currently does for other assets.

One area that may still present problems is the classification of each cryptocurrency. As it is currently presented, the courts and the Securities and Exchange Commission (SEC) will be charged with setting the boundaries for which tokens may be considered a commodity.

Cryptocurrencies that have been labeled as securities will be excluded from simultaneously being labeled as digital commodities, with those cryptos falling under the jurisdiction of the SEC.

As a result of having some tokens considered commodities while others are treated as securities, any exchange wishing to offer access to securities would have to register with the SEC as a security exchange, similar to the New York Stock Exchange.

This is the opposite of what many exchanges want, according to Nathan Dean, senior policy analyst at Bloomberg Intelligence, who stated that "CFTC registration is a goal that many of the exchanges have and in our view," as it "is less restrictive than what they would get under the SEC."

Dean suggested that being registered under the CFTC as opposed to the SEC "effectively removes SEC Chairman Gensler's threat of an enforcement action," and will "allow the exchanges and brokers the ability to plan out the next few years without having to worry about uncertain regulatory threats."

As for how the bill's introduction will affect Bitcoin, Dean pointed out that "Bitcoin is already considered a commodity and so we don't anticipate much change (at least in terms of policy) will occur." For Ether, the bill "would solidify it in the commodity camp, giving it more regulatory certainty in the long run."

As with all things in the government though, Dean doesn't see a resolution to the DCCPA any time soon due to a variety of reasons. "We don't believe the bill will pass this year – it's too close to the end of the Congressional session – and it feels like stablecoin legislation will eat up what, if any, bandwidth is in 2022."

He did offer a word of hope for the future, noting that "this bipartisan bill – combined with the bipartisan work from Senators Lummis and Gillibrand – puts the crypto industry on a good pedestal to receive regulatory clarity in 2023."

As for how exchanges feel about the bill, FTX CEO Sam Bankman-Fried summed it up succinctly by stating, "We would find it constructive and healthy to register under such a regime, finally bringing comprehensive customer protections and oversight to spot crypto commodity markets in the U.S. It would help strengthen liquidity, while fighting against bad actors in the ecosystem."