PHNOM PENH, Aug 5 (Reuters) - China's military drills around Taiwan in response to the U.S. house speaker's visit to the self-ruled island is a disproportionate and unjustified escalation, U.S. Secretary of State Antony Blinken said on Friday.

Blinken said the United States has made it repeatedly clear to China it does not seek a crisis, adding that Washington and its allies were seriously concerned by its latest actions.

China has been conducting the largest-ever military exercises in the Taiwan Strait, including launching live missiles around the island it claims as part of its sovereign territory. read more

"There is no justification for this extreme, disproportionate and escalatory military response," Blinken told a news conference on the sidelines of an ASEAN meeting, adding, "now, they've taken dangerous acts to a new level."

He emphasised that the United States would not take actions to provoke a crisis, but it would continue to support regional allies and conduct standard air and maritime transit through the Taiwan Strait.

"We will fly, sail and operate wherever international law allows," he said. 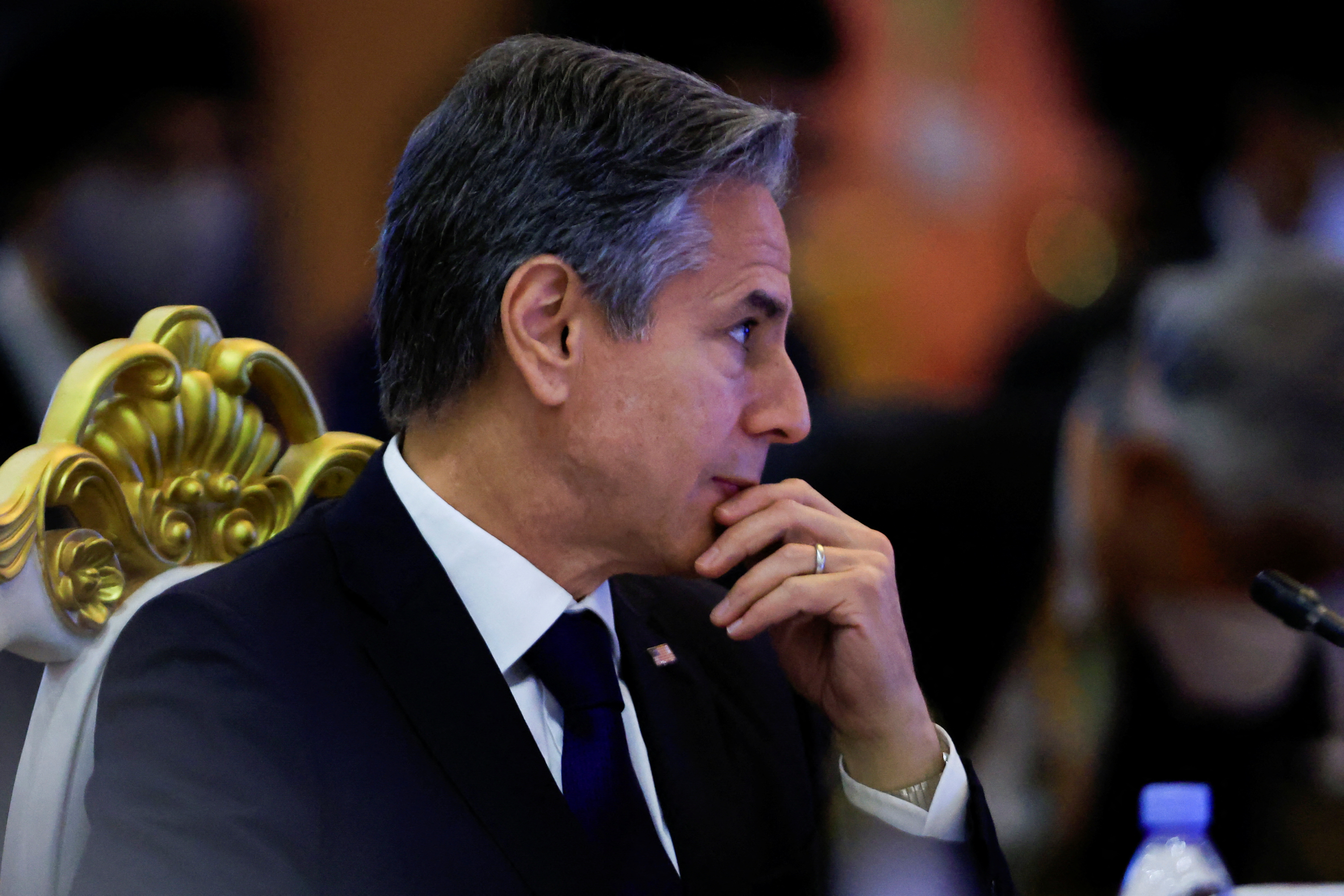 Blinken is in Cambodia meeting counterparts from Southeast Asian and 27 other countries, including China, Japan, Britain, the European Union, and India. He did not meet with his Chinese counterpart Wang Yi.

The Association of Southeast Asian Nations (ASEAN), which is hosting the gathering, earlier called for restraint from all sides and said there was a risk of miscalculation and conflict between major powers.

China on Friday said it would sanction U.S. house speaker Nancy Pelosi in response to her "vicious" and "provocative" actions in visiting Taiwan.

Blinken said ASEAN and other Asian officials were seriously concerned that actions by China would destabilise the entire region.

"The last thing that countries in the region want is to see differences between mainland China and Taiwan...to be resolved by force," Blinken said after Friday's East Asia Summit.

"It is incumbent upon us and China to act responsibly. What we don't want are efforts by any country, including China and Russia, to disrupt international peace and security," he said.

Reporting by David Brunnstrom; Writing by Kanupriya Kapoor; Editing by Martin Petty
Disclaimer: The views expressed in this article are those of the author and may not reflect those of Kitco Metals Inc. The author has made every effort to ensure accuracy of information provided; however, neither Kitco Metals Inc. nor the author can guarantee such accuracy. This article is strictly for informational purposes only. It is not a solicitation to make any exchange in commodities, securities or other financial instruments. Kitco Metals Inc. and the author of this article do not accept culpability for losses and/ or damages arising from the use of this publication.
new