Bitcoin price rallies above $24,000 as bulls look to break free 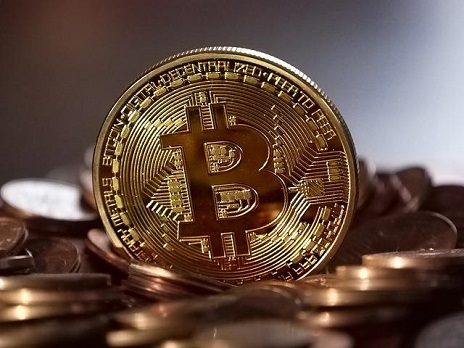 (Kitco News) - The crypto world awoke to the sight of Bitcoin (BTC) trading back above $24,000 for the third time in a month as financial markets kicked off the week on a positive note ahead of a busy week of inflation data.

Data from TradingView shows that the price action for BTC began picking up during early trading on Monday, spiking 3.45% from $23,400 to $24,200 in a matter of hours, forcing bears to regroup at the $24,300 resistance level.

As shown in the chart above, Monday's surge marks the third attempt by Bitcoin over the past three weeks to break out above the resistance found near $24,000 and climb to the next major resistance level found at $28,000.

According to market analyst and Kitco contributor Jim Wyckoff, "Bulls are maintaining a seven-week-old price uptrend on the daily bar chart and have the overall near-term technical advantage. That suggests the path of least resistance for prices will remain sideways to higher in the near term."

This morning's price action was significant on several levels as bulls managed to defend Bitcoin's 200-week moving average, a key indicator used by many to determine the state of the bear market and help predict when it might come to an end.

The successful defense by bulls helps to increase the likelihood of this trendline, establishing a solid level of support for traders looking to push the price of BTC higher in the coming weeks.

The bottom is in

For a large number of analysts in the crypto ecosystem, the lows reached by Bitcoin over the past couple of months have marked the bottom of this bear market, and from here, the price will steadily slog higher.

Evidence for this truth can be found by looking at Google search data according to economist Alex Krüger, who posted the following Google Trends data for "bear market rally."

According to Krüger, "Historically people google for 'Bear Market Rally' right after the market bottoms (granted, the sample size is just two)."

As for what price level to keep an eye on should this current rally continue, major trendlines on the Bitcoin marketcap chart point to the possibility of a rally to $42,000 before a meaningful pullback occurs.

$BTC #Bitcoin - Marketcap-Chart$BTC has managed to get back above the 2017 trendline.

-Everytime this happened in the past, $BTC touched at least the upper trendline (around $42,000 dollars).
-RSI is also on the verge of a breakout. pic.twitter.com/tUpxh1Zva3