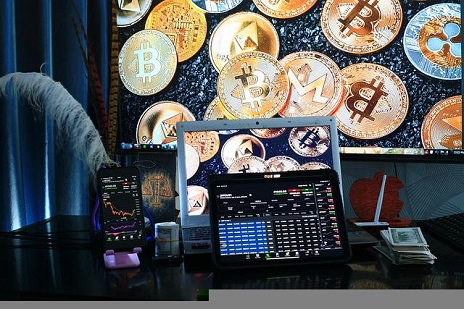 Along with the sanctions, the Office of Foreign Asset Control (OFAC) added more than 40 USD Coin (USDC) and Ether (ETH) addresses that are connected with the service to its list of Specially Designated Nationals, meaning that their “assets are blocked and U.S. persons are generally prohibited from dealing with them.”

This development provides further evidence that the government is taking a more active role in attempting to regulate the volatile asset class as its prominence on the global financial stage continues to rise.

According to a statement released by the Treasury Department, the use of the service by multiple individuals and groups has resulted in more than $7 billion worth of cryptos being laundered since 2019.

This total includes more than $455 million that has been stolen by the North Korea-affiliated Lazarus Group as well as the recent Wormhole and Horizon Bridge exploits that resulted in losses of $375 million and $100 million, respectively.

The new sanctions come as the crypto ecosystem has seen an uptick in the use of mixing services which allow users to hide the transaction history of certain cryptos by pooling and mixing them with other users’ funds.

This was not the first attempt by regulators to work with Torando Cash in establishing proper controls to help limit money laundering activities.

According to a July report by the blockchain data intelligence firm Chainalysis, the 30-day moving average of all value received by mixers hit an all-time high of almost $52 million on April 19, roughly double the volumes seen during the same period in 2021.

“Despite public assurances otherwise, Tornado Cash has repeatedly failed to impose effective controls designed to stop it from laundering funds for malicious cyber actors on a regular basis and without basic measures to address its risks,” according to Brian Nelson, Under Secretary of the Treasury for Terrorism and Financial Intelligence. “Treasury will continue to aggressively pursue actions against mixers that launder virtual currency for criminals and those who assist them.”

Monday’s announcement marks the second action taken against a mixing service by the Treasury Department after taking similar steps against Blender.io back in May, and according to one senior official, it will not be the last.