Crypto markets get a boost as the Ethereum merge approaches 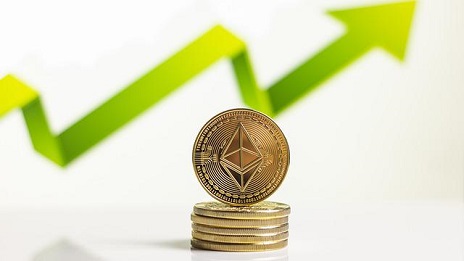 (Kitco News) - Cryptocurrency proponents were delighted by the sight of rising prices on Monday as Bitcoin (BTC) briefly traded above $24,000 while Ethereum (ETH) spiked above $1,800 for the first time since early June.

While Tuesday’s price action has seen most of Monday’s gains given back, the ecosystem remains abuzz as to what prompted the across-the-board rally that gave crypto traders a taste of what it's like to be back in a bull market.

The consensus from some of the biggest firms on Wall Street is that Ethereum has been the driving force behind the recent gains as its upcoming Merge, which is predicted to occur on September 19, has excited the crypto faithful enough to pull them out of the depths of crypto winter.

The “Merge” refers to the ongoing transition of the Ethereum network from a proof-of-work (PoW) consensus mechanism to proof-of-stake (PoS), a process that has been underway for several years.

According to JPMorgan analyst Kenneth Worthington, the approaching Merge has given the market a confidence boost and many are expecting the price of Ether to surge once the Merge is completed.

In a note to clients on Monday, Worthington suggested that “the real driver” of the recent gains in the market “has been the Ethereum merge and positive data following the launch of the Sapolia testnet in early July and Ropsten testnet in June, indicating the merge is viable in 2022.”

Ethereum-based digital asset investment products have also seen an uptick in investments, according to the latest Digital Asset Fund Flows report from CoinShares, which noted that “Ethereum saw inflows totaling $16 million and is enjoying a near seven consecutive week run of inflows totaling $159 million.”

“We believe this turn-around in investor sentiment is due to greater clarity on the timing of The Merge where Ethereum shifts from proof-of-work to proof-of-stake,” according to CoinShares analysts.

Unintended consequences of the Merge

While the widespread consensus among the crypto community is that the upcoming Merge is a good thing, the process has not evolved without its own set of controversies as Ether miners push back against the loss of their livelihoods.

As a result of the move away from PoW, some in the community have pushed for the creation of ETHW, an Ethereum fork and native asset for the ETHPoW chain, which is a possible new chain that is backed by Ethereum’s PoW miners.

While some are concerned about the effect that another Ethereum fork will have on the strength of the wider Ethereum ecosystem, it is not a major concern for the project’s co-creator Vitalik Buterin who stated, “I don't expect Ethereum to really be significantly harmed by another fork” while addressing the crowd at the recent ETH Seoul developer event.